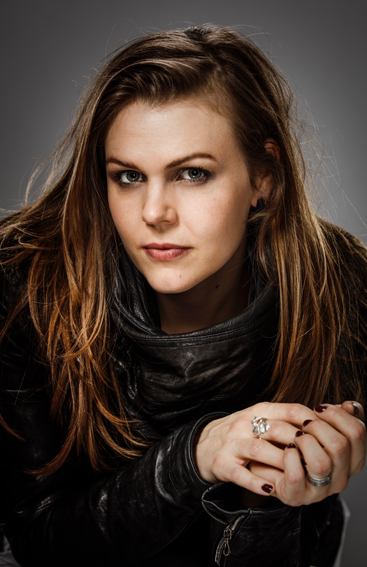 After giving an unforgettable rendition of the four female portraits in Les contes d'Hoffmann at Folkoperan, Sweden. 2018´s Birgit Nilsson scholarship recipient Elisabeth Meyer, returns with the role debut as Elisabeth in Folkoperan's production of Don Carlos this autumn. In 2020, Elisabeth Meyer participated as a soloist at the Nobel Prize ceremony.

Swedish-Swiss soprano Elisabeth Meyer begins this season at Folkoperan where she sings Elisabetta in Don Carlos. Last season Elisabeth participated as a soloist in the livestreamed Nobel Prize Award Ceremony. She was also a soloist in Fauré Requiem with the Swedish Radio Symphony Orchestra, broadcasted from Berwaldhallen Play.

The season of 2019-2020 Elisabeth Meyer appeared as Donna Elvira in Don Giovanni at Norrlandsoperan in Sweden, a role she will return to in the spring of 2021 on the same stage. She has also sung the role of Manda in the contemporary opera Kärleksmaskinen by Johan Ullén with the Piteå Chamber Opera.

Elisabeth Meyer has previously appeared in the role of Mina in the world premiere and the following revival of Dracula composed by Victoria Borisova-Ollas, at the Royal Swedish Opera in Stockholm. Elisabeth has also sung Pamina in Die Zauberflöte and as Donna Anna in Don Giovanni on the same stage. Elisabeth Meyer has been a guest at Folkoperan in Stockholm where she has sung the roles of Olympia, Antonia and Giulietta in Les Contes d’Hoffmann. She has appeared as Musetta in La Bohème at Opera Hedeland and as Gretel in Hänsel und Gretel at the Gothenburg Opera. Elisabeth has also sung Arbate in Mozart’s Mitridate, Re di Ponto and as the Candlesnuffer in the jubilee opera the Rococo Machine at the Drottningholm Court Theatre.

Earlier seasons include Donna Anna at Opera Hedeland and Pamina at the Malmö Opera, Adèle in Die Fledermaus at the Royal Swedish Opera as well as the title role in J.M. Kraus’ Proserpin at Musikfestspiele Potsdam Sanssouci. She has sung Ginerva in Händel’s Ariodante at Drottningholm and Lizzy in Daniel Nelson’s Pride and Prejudice at the Vadstena Academy.

Elisabeth Meyer studied at the Royal College of Music and the University College of Opera in Stockholm where she graduated in 2010. She continued at the Dutch National Opera Academy in Amsterdam and in the season 2011/2012 she was a member of the Internationales Opernstudio at the Opernhaus Zürich. During her studies Elisabeth performed complete roles such as Susanna in Le nozze di Figaro, Giulietta in Bellini's I Capuleti e i Montecchi, the title role in Massenet’s Manon, Adina in L'elisir d'amore, Poppea in L'incoronazione di Poppea, Choryphée in Rossini’s Le Compte Ory, Helena in Britten’s A Midsummernight’s Dream, Thérèse in Poulenc’s Les Mamelles de Tirésias and Créuse in Charpentier’s Medée.

Elisabeth received a number of scholarships, including the renowned Swiss Student Singing Award in 2008 and the Special Soloist-Prize 2010, both by Migros-Kulturprozent. She was awarded the Swedish Christina Nilsson-Scholarship in 2009, the Martin Öhman-Scholarship in 2011. Elisabeth has received the 2018 Birgit Nilsson scholarship, as well as the Richard Brodin scholarship from the Royal Opera in Stockholm and the 2018 Stockholm Stad Culture Grant. 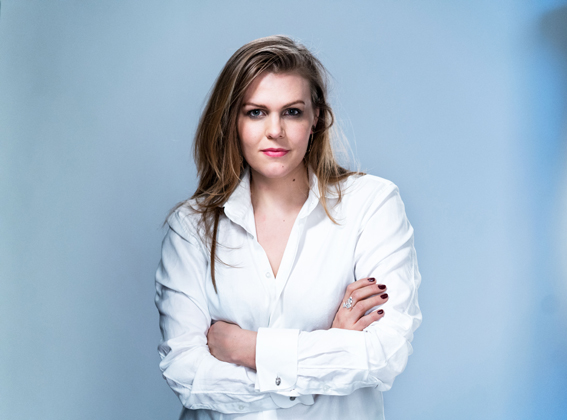 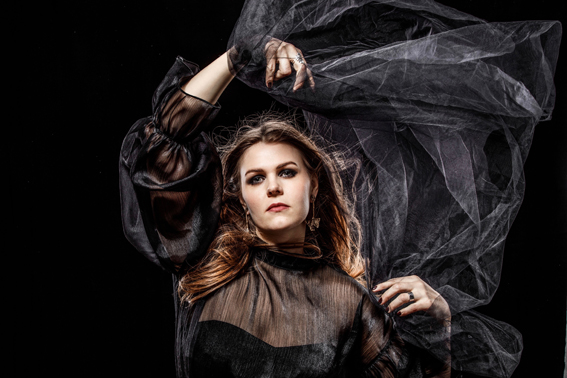 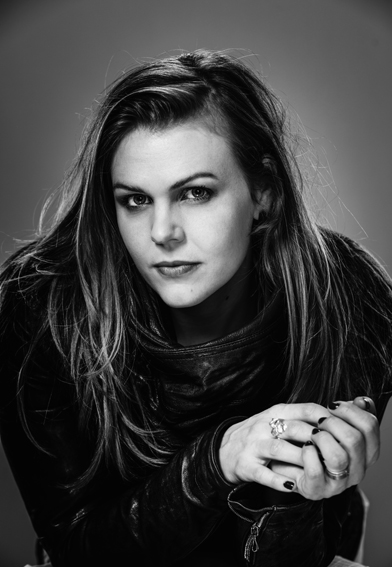 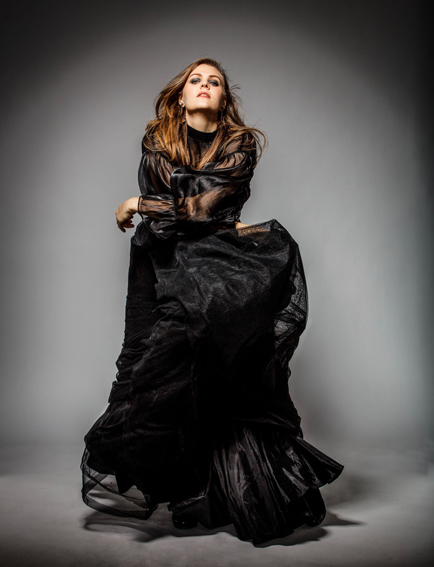 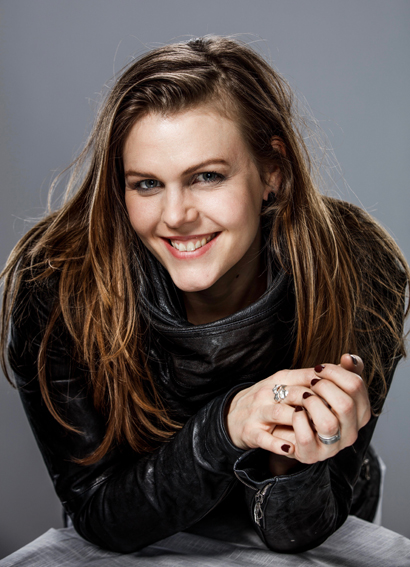 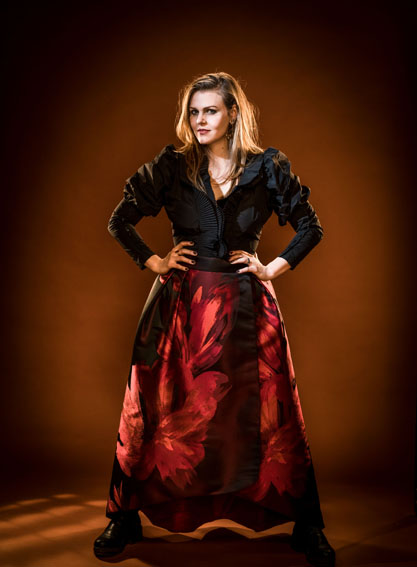 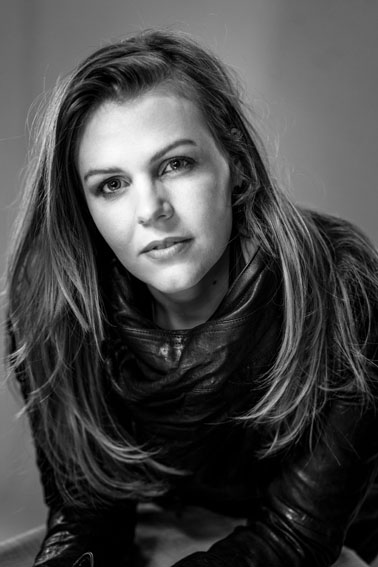 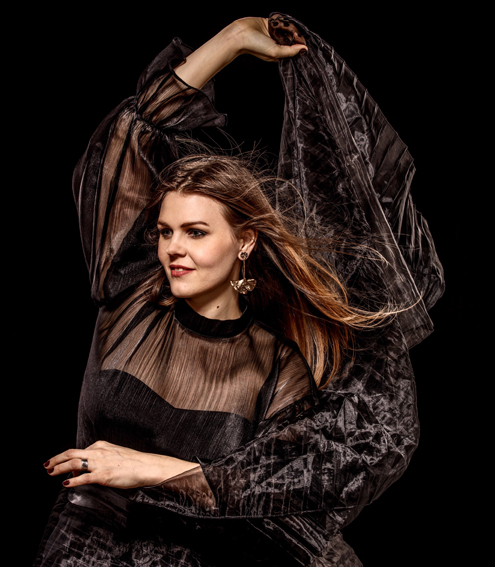 Centre-stage are of course Elisabeth Meyer’s Mina… Ms Meyer’s development from a woman stuck in the middle-class values of Victorian England into a strong and independent character with self-esteem is graphically depicted..” Dracula/the Royal Swedish Opera