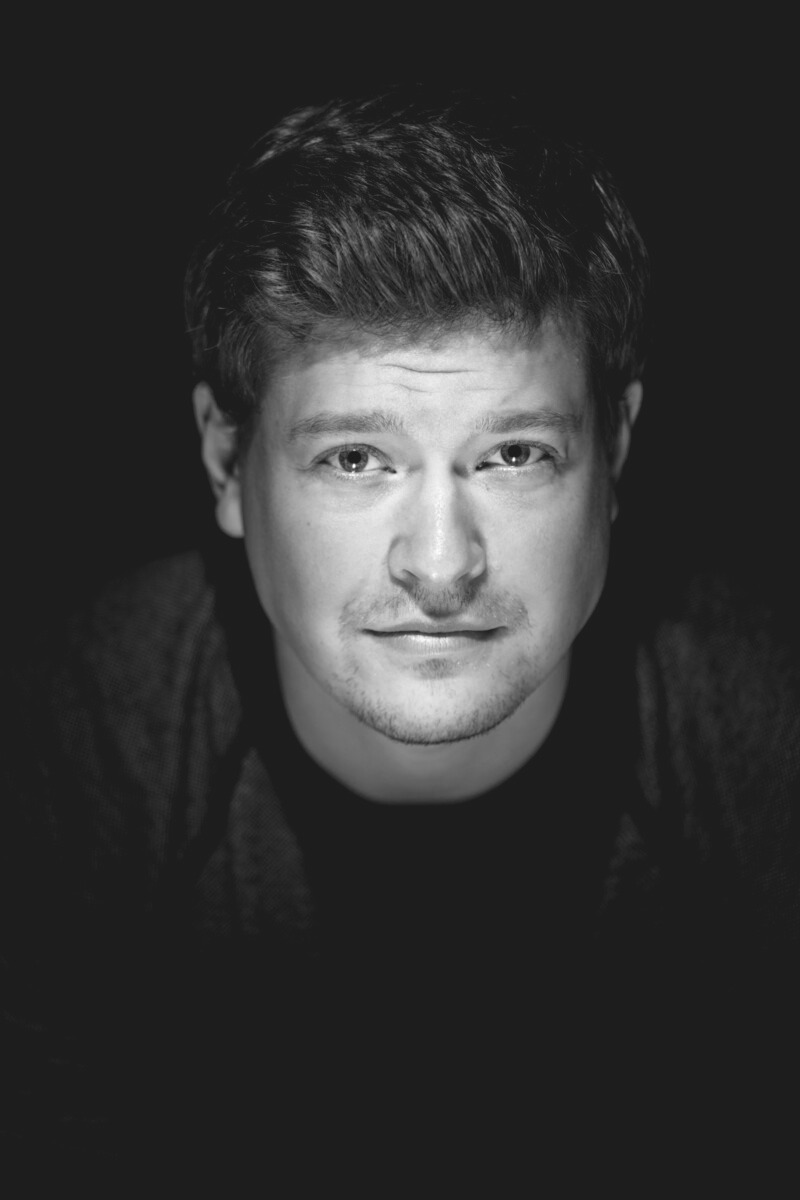 The Danish tenor Adam Frandsen has gained international attention for his lyric tenor voice that is “shining, effortless, and bursting with energy”.

"He has an intensely vivid, powerful timbre that makes me look forward to the next heroic high note." Axel Englund/Expressen 2021

The Danish tenor Adam Frandsen has this autumn appeared as Jenik in The Bartered Bride at the Göteborg Opera and has the previous season sung the title role of Don Carlos at Folkoperan in Stockholm.

Over the last few years Adam Frandsen has performed as Rodolfo in La bohème at the Taichung National Theater in Taiwan and at Opera Hedeland in Denmark. Adam has sung Augustin Moser in Die Meistersinger von Nürnberg at the Salzburg Easter Festival and Don Ottavio in Don Giovanni with Auckland Philharmonic Orchestra (a collaboration between the Auckland Philharmonic Orchestra and New Zealand Opera). He has appeared as Edgardo in Lucia di Lammermoor at Opera Hedeland, Alfredo in La traviata both at the Danish National Opera and at Kilden Teater Kristiansand, Tamino in Die Zauberflöte in Gothenburg and Spoletta in Tosca in the Trondheim Symphony Orchestra’s staged production. Adam has also sung Ishmael in Moby Dick at the Polish National Opera Teatr Wielki and as Mismodet in the opera Antikrist by Langgaard at the Rued Langgaard Festival.

Engagements in 2015/16 included Ferrando in Cosi fan tutte and Elvino in La sonnambula at the Opera Hedeland. Adam also sang Narraboth in Salome with Stefan Herheim and Boder at the Royal Danish Opera and Il Tinca in Il tabarro at the Danish National Opera. Frandsen also performed the lead role as the Architect Jørn Utzon in Opera Australia’s newly commissioned and highly profiled opera  Sydney Opera House, The Opera (The Eighth Wonder) that celebrates the construction of the House and the famous emblem of the city.

In the 2013/14 season, Frandsen made an important role debut at Semperoper Dresden as Sergei in Shostakovich’s Moscow, Cheryomushki. He sang performances of Cavaradossi in Tosca at Aalborg Opera Festival and Roméo in Roméo et Juliette at the Copenhagen Opera Festival. Frandsen also appeared with the Württembergische Philharmonie, Germany, in a concert of opera highlights.

Other engagements include the Duke in Rigoletto with the Haifa Symphony Orchestra and Rodolfo in La bohème under Lorin Maazel at the Castleton Festival. Frandsen has sung the title role in the operetta Farinelli by Emil Reesen in the Tivoli Concert Hall with the Tivoli Symphony Orchestra, he has covered Pinkerton in Madama Butterfly at the Seiji Ozawa Opera Project/Saito Kinen Festival and has also sung the roles of Don José in Carmen, Rinuccio in Gianni Schicchi, Ruggero/La Rondine, Arcadio in Catán's Florencia en el Amazonas, The Prologue/The Turn of the Screw, and the title roles in Idomeneo and Faust.

Adam Frandsen began singing as a young boy in the Copenhagen Royal Chapel Choir. In 2005, he started his opera studies with guest professor Douglas Yates. Frandsen is a graduate of the prestigious Curtis Institute of Music, under the direction of Mikael Eliasen, as a student of Marlena Malas.

Frandsen has taken part in the Aspen Music Festival, The International Vocal Arts Institute Israel and Virginia, and the IIVA Puerto Rico. He has worked with and received masterclasses from Neil Shicoff, Francisco Araiza, Joan Dornemann, Sherrill Milnes, Mignon Dunn, Håkan Hagegård, Vinson Cole, Seiji Ozawa, Lorin Maazel, Pierre Vallet, and Patrick Summers. Frandsen was a regional finalist in the 2008 Metropolitan Opera National Council Auditions and is the recipient of the honorary Aalborg Opera Prize 2015. He was also awarded grants and scholarships from Moores, Curtis, and several American and Danish organizations. 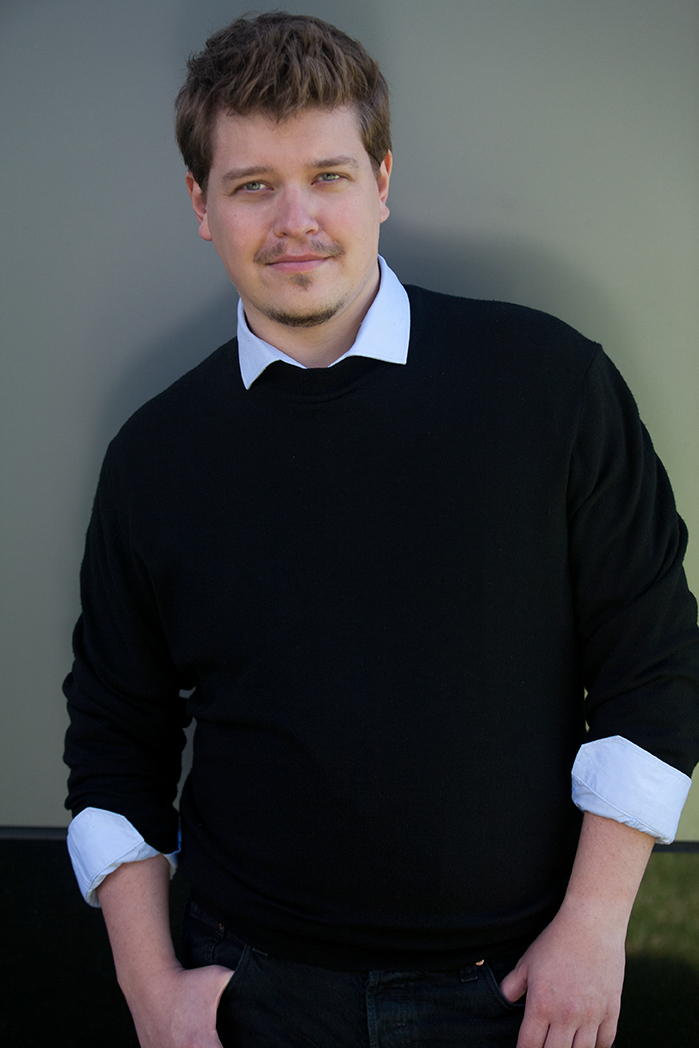 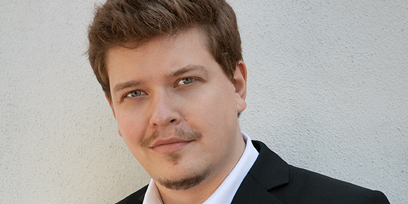 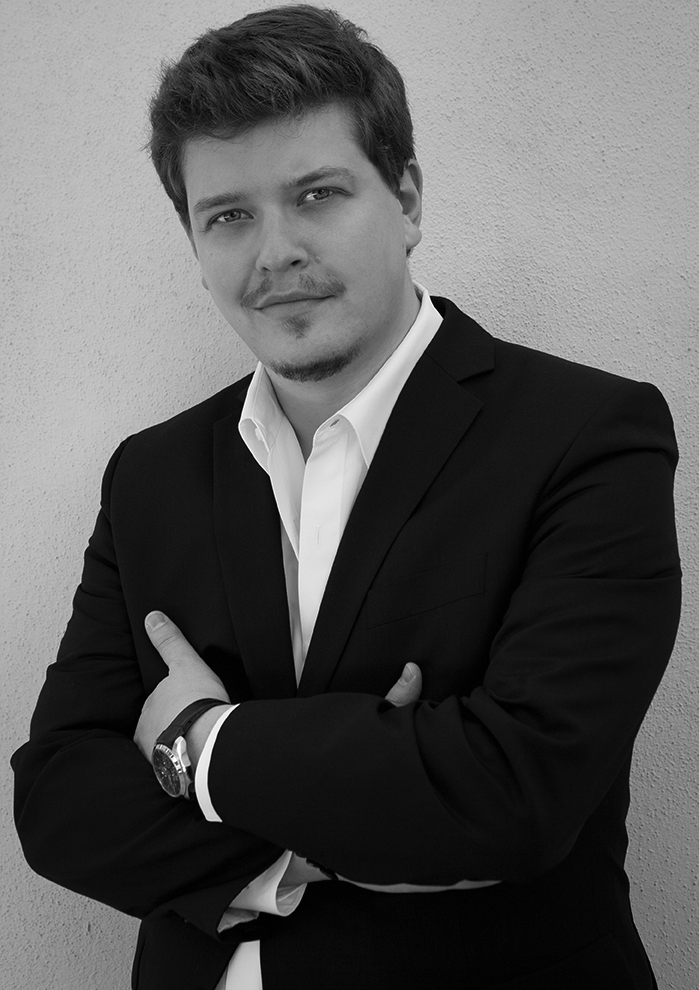 Adam Frandsen’s Jeník is a superb vocal match for Mařenka. He has an attractive but also robust tenor that perfectly represents a strapping young man with a sad past. Their love duets are vocally and musically gorgeous. Frandsen convincingly portrays Jeník’s supposed selfishness to Kecal and cheekily bids up the price of ‘selling’ Mařenka to three times Kecal’s initial offer, so much so that the old gangster warns Jeník not to push his luck as Kecal has ways of making people disappear. - The Bartered Bride/GöteborgsOperan 2022

Adam Frandsen. He has an intensely vivid, powerful timbre that makes me look forward to the next heroic high note. - Don Carlos/Folkoperan, Stockholm 2021

Danish tenor Adam Frandsen was perfectly cast in the role of the unnamed ‘the architect’ and dominated the stage with killer articulation and fiery vocal brilliance.” - Sydney Opera House, The Opera (The Eighth Wonder) 2016

The opera is brilliantly cast, led, fittingly, by Danish tenor Adam Frandsen as the architect. It’s a massive sing with a pretty high tessitura, but he sounds perfectly at ease.” - Sydney Opera House, The Opera 2016

A hardworking cast of 16 is led by a stellar vocal performance from Danish tenor Adam Frandsen. The Architect is a taxing role, demanding stamina and sensitivity and he has both in spades. His voice rings out at the top, crowning his frequent arias of vision and ambition with buckets of glorious, heroic tone. “ - Sydney Opera House, The Opera (The Eighth Wonder) 2016

Danish tenor Adam Frandsen is convincing as the brilliant, if exasperating, architect who demands perfection at all costs. - Sydney Opera House, The Opera (The Eighth Wonder) 2016 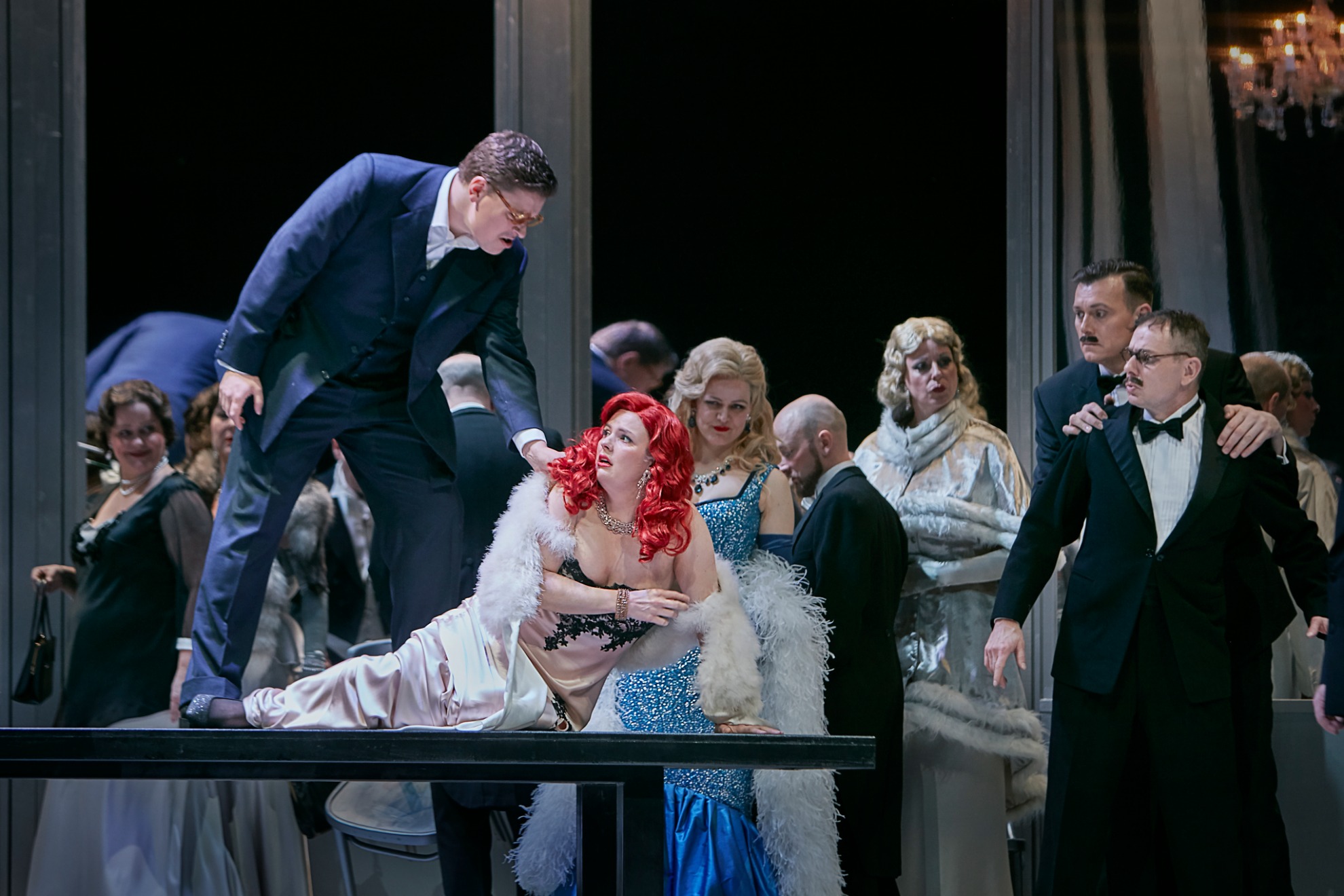 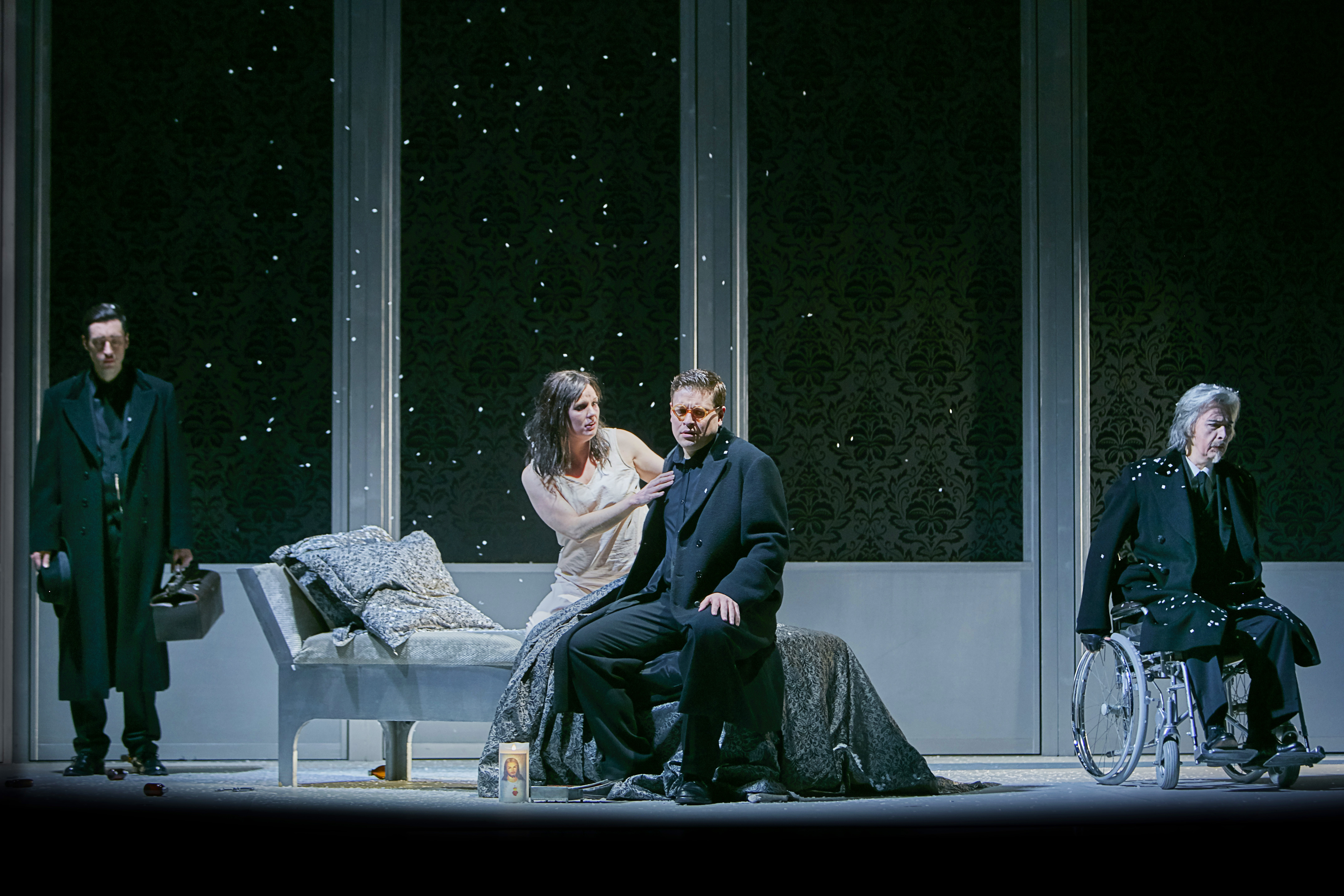 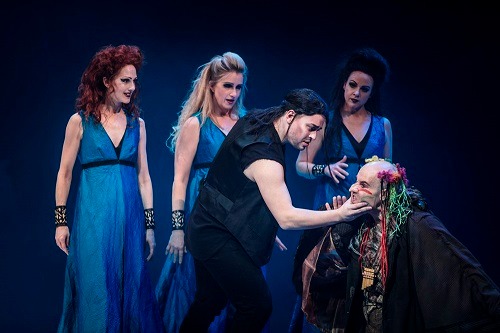