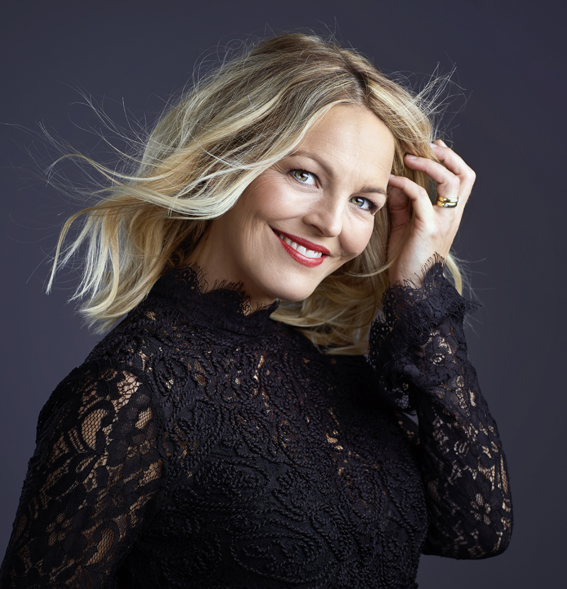 Elin Rombo's unique voice and intelligent interpretation have taken her to most of Europe's leading scenes, where she has conquered large parts of the lyrical soprano repertoire. She has also achieved great success in contemporary music, most recently as Régine in Primadonna at the Royal Opera in Stockholm. Already in 2013, Elin Rombo was appointed Court Singer by H.M. King Carl XVI Gustaf and in 2016 she was awarded H.M. The King's Medal Litteris et Artibus.

The Swedish soprano Elin Rombo has this season made her role debut as Violetta in La traviata and will this spring sing Tytania in Britten’s A Midsummer Night's Dream, both at the Royal Swedish Opera in Stockholm. The previous season Elin was a guest at the Malmö Opera where she appeared in the title role of Suor Angelica and in the role of Iris in Catharina Backman’s new opera On the Other Side of the Sea - an evening with the two one-act operas united under the name The Sisters. Elin also sang Cunégonde in Bernstein’s Candide at the Royal Swedish Opera.

In the season of 2020/21 Elin Rombo sang the role of Régine Saint Laurent in Rufus Wainwright’s opera Prima Donna at the Royal Swedish Opera. Elin has also performed the role of Young Robert Lax in the world premiere at Malmö Opera of Philip Glass’ opera Circus Days and Nights, a co-production between Cirkus Cirkör and Malmö Opera. The season 2019/20 Elin sang Cunégonde in Candide in Stockholm and the season before included the role of Roxana in King Roger both at Teatr Wielki in Warsaw and in Stockholm, as well as Hanna Glawari in Die Lustige Witwe and Donna Elvira in Don Giovanni, also in Stockholm.

Elin Rombo has previously been a guest at the Opéra National de Paris where she has sung Anicia Eritea in Cavalli’s Eliogabalo. She has appeared as The Queen of the Night in Die Zauberflöte at Staatsoper Berlin and as Agnès in Written on Skin at the Netherlands Opera and at the Royal Swedish Opera. Elin has sung Cunégonde in Candide, as well as in AscheMOND oder The Fairy Queen at Staatsoper Berlin and Adina in L’elisir d’amore at the Göteborg Opera.

Elin Rombo made her Salzburg Festival debut in the summer of 2009, singing 1st soprano in Luigi Nono’s Al gran sole carico d’amore under the baton of Ingo Metzmacher and later appeared in the Deutsche Staatsoper revival at Kraftwerk Berlin. She has sung Leila in Les Pêcheurs de Perles at Folkoperan, Stockholm, Timante in Floridante at the Handel Festival in Halle, Zerlina in Don Giovanni with the Mattei Festival in Sweden, with the Mahler Chamber Orchestra and Daniel Harding and she appeared in the world premiere of Wolfgang Rihm’s Dionysus in Salzburg and Staatsoper Berlin. Her roles at the Frankfurt Opera have included Servilia in La clemenza di Tito, Clorinda in La Cenerentola, Pamina in Die Zauberflöte and Corinna in Il viaggio a Reims.

On the concert platform Elin Rombo has appeared under the baton of Riccardo Muti in Brahms’ Ein deutsches Requiem (Chicago Symphony Orchestra) and Schubert’s Mass No 2 in G major (Saint Denis Festival/Orchestre de Paris). In the spring of 2012 she returned to Saint Denis to sing Mozart's Requiem with Orchestre de Paris and Sir Colin Davis. She has sung Honegger's Jeanne d'Arc au Bûcher in Salzburg, Mozart's C Minor Mass with the Swedish Radio Symphony Orchestra as well as with the Bavarian Radio Symphony Orchestra and toured with renowned Swedish choir Orphei Drängar in China, Japan and Singapore.

Elin Rombo studied at the Brandon University Queen Elisabeth II in Canada and the University College of Opera in Stockholm, where she graduated in 2003. Already during her studies she made her debut as Christa in The Makropoulos Case at the Royal Swedish Opera. Elin was appointed Court Singer in 2013 and in 2016 she was awarded the medal Litteris et Artibus by the H.M. the Swedish King 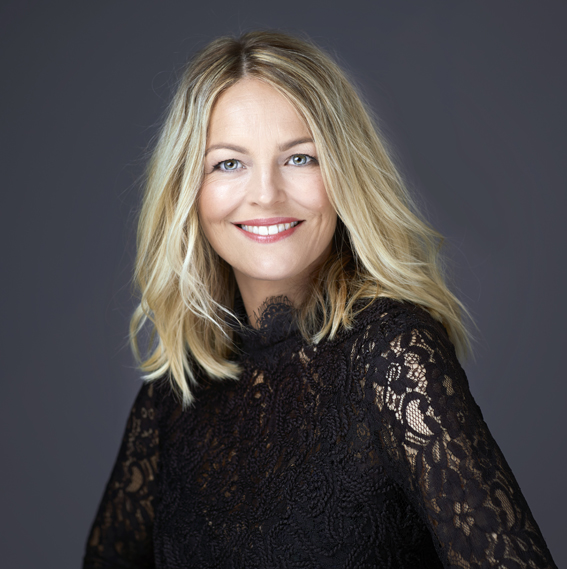 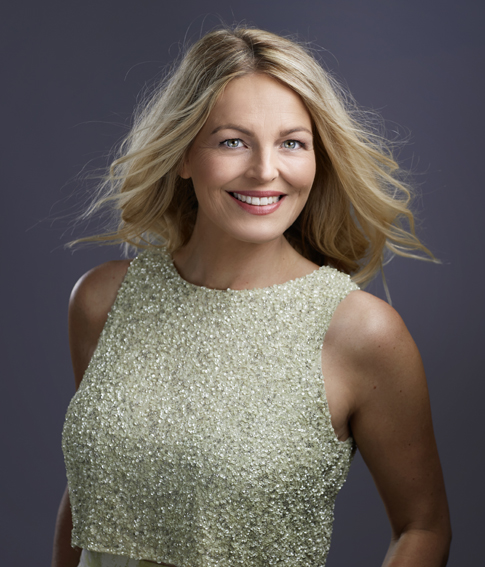 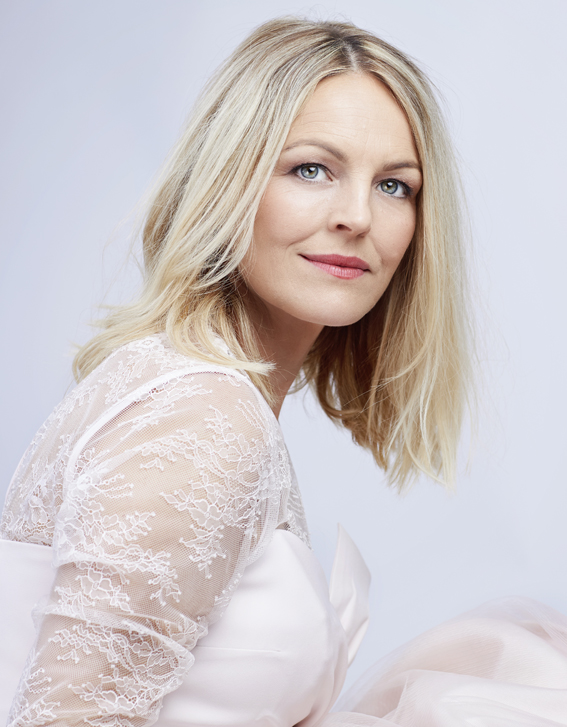 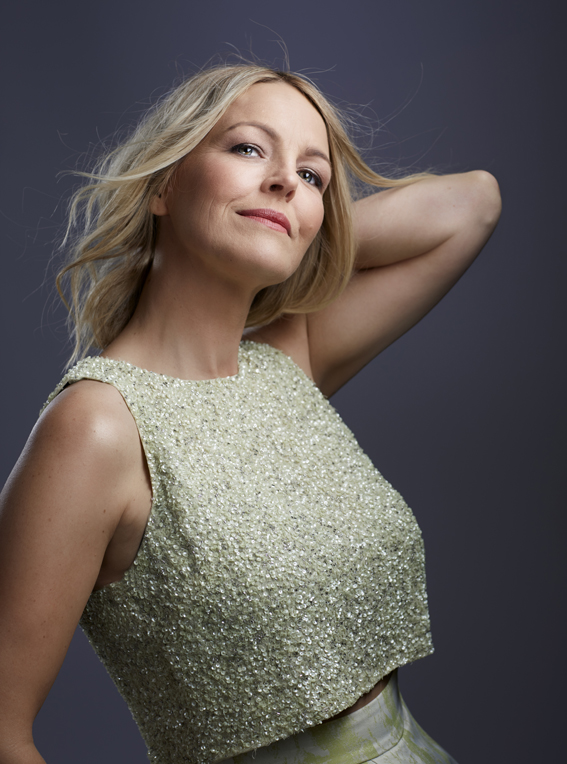 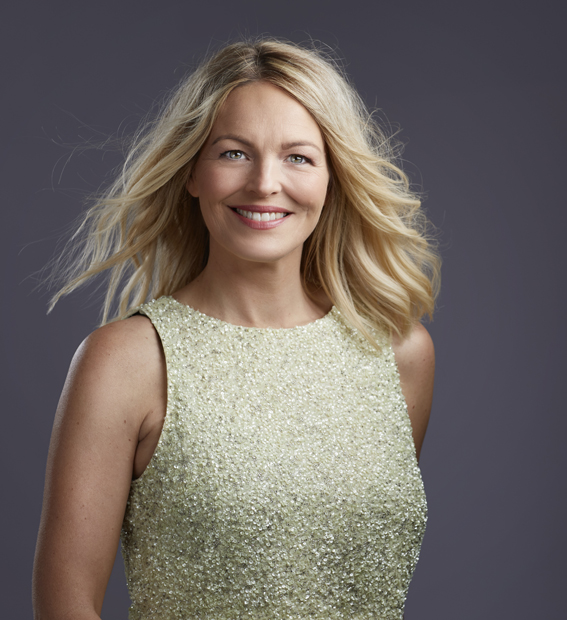 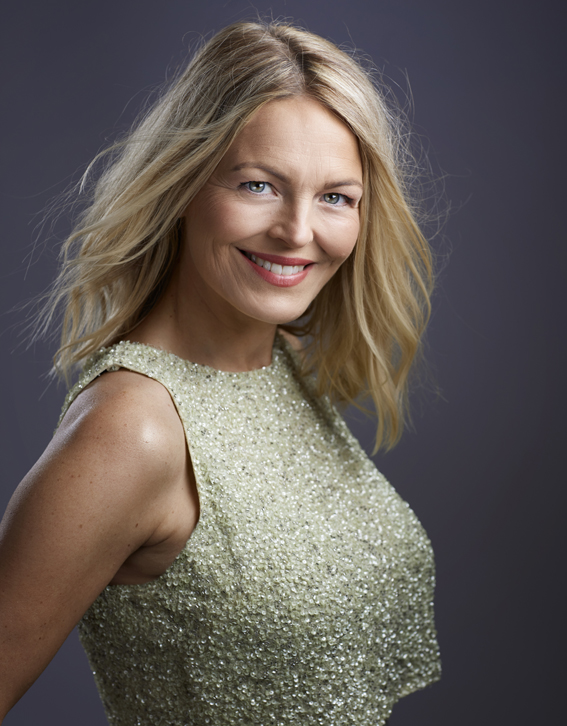 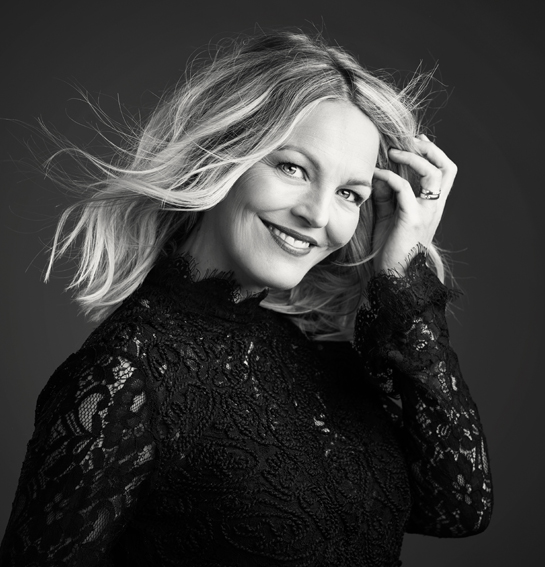 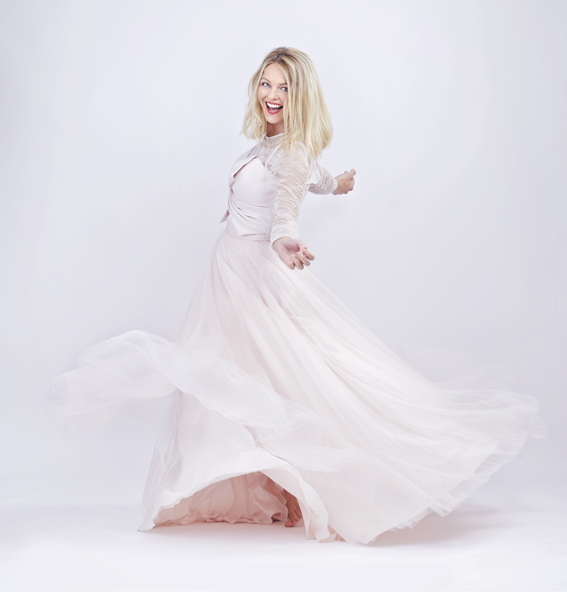 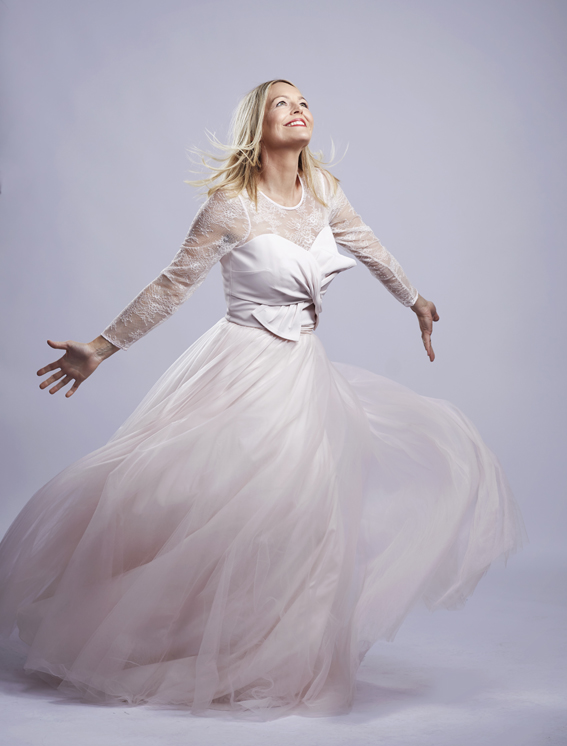 “Her silvery soprano was well suited to the role, and her interpretation managed to convey both the sensual follower of Dionysus and the loving, faithful wife.” – King Roger/Royal Swedish Opera

“Elin Rombo was a successful Sophie, her soprano featured beautiful filati and a solid top register. Her interpretation of the young, innocent girl was believable and enjoyable.” – Der Rosenkavalier/Royal Swedish Operan

“Elin Rombo, who has won triumphs in a number of important roles of late, is a marvellous Hanna Glawari,” - The Merry Widow/Royal Swedish Opera

"... the Swedish soprano Elin Rombo was clear and passionate, with a focus that added authority to her intimate voice." - Soloist/the Royal Stockholm Philharmonic Orchestra/Carnegie Hall 2013

"Rombo was sweet and romantic; but then in 'The Girl Returned from Meeting Her Lover', also by Stenhammar, Rombo displayed incredible vocal range as she played out the feelings of heartbreak and betrayal at the hands of a dishonest lover." - Soloist/the Royal Stockholm Philharmonic Orchestra/Carnegie Hall 2013 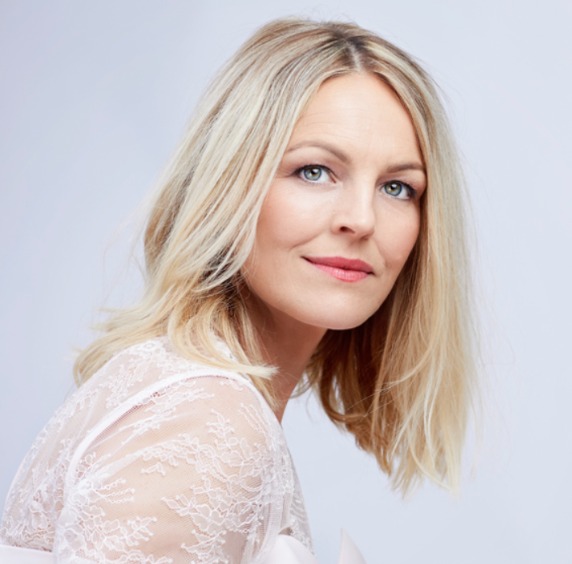 Elin Rombo and Anton Ljungqvist in Systrarna at the Malmö Opera

Premiere for Systrarna/The Sisters - an evening with two one-act-operas at the Malmö Opera. Elin Rombo in the title role as Suor Angelica. 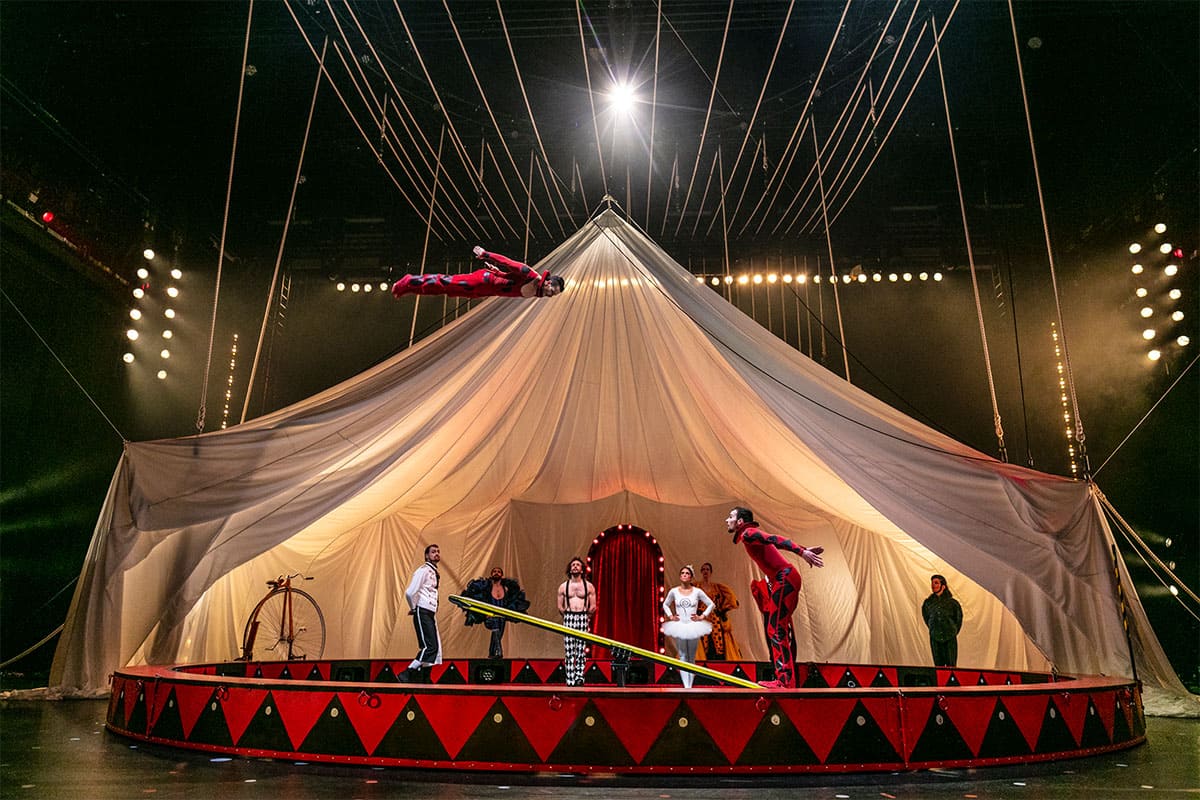 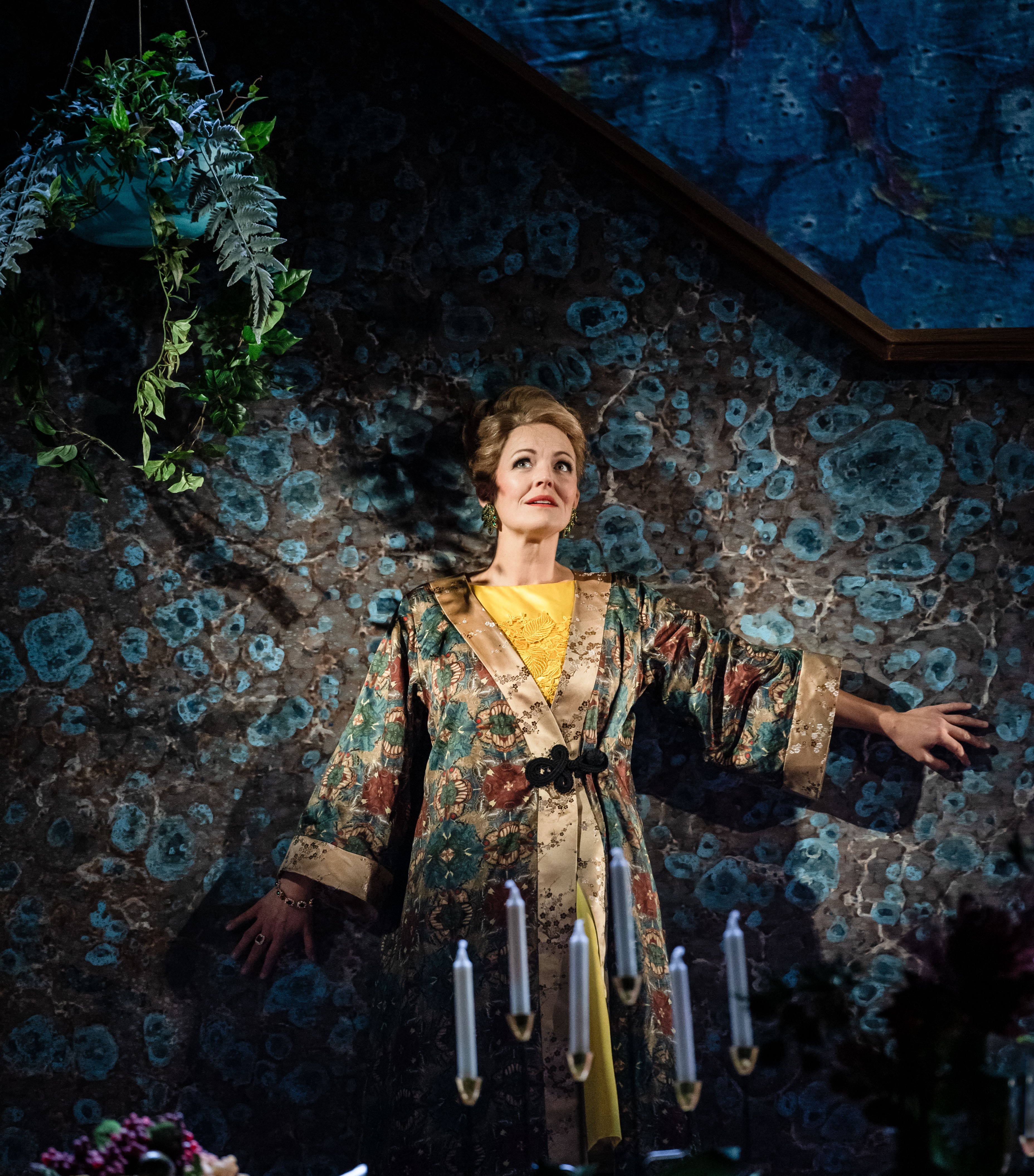 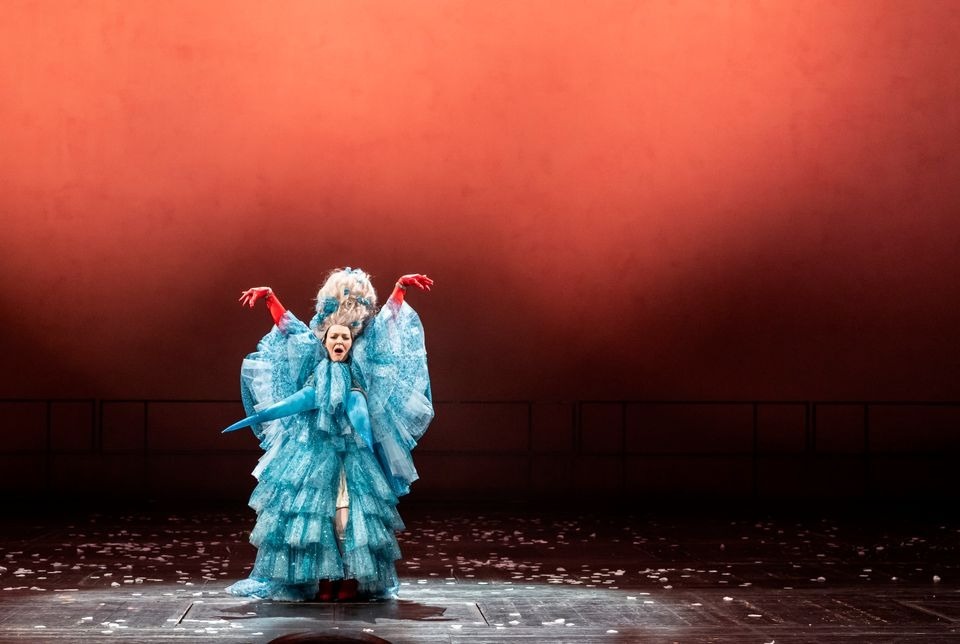 Revival of Bernstein's Candide at the Royal Swedish Opera