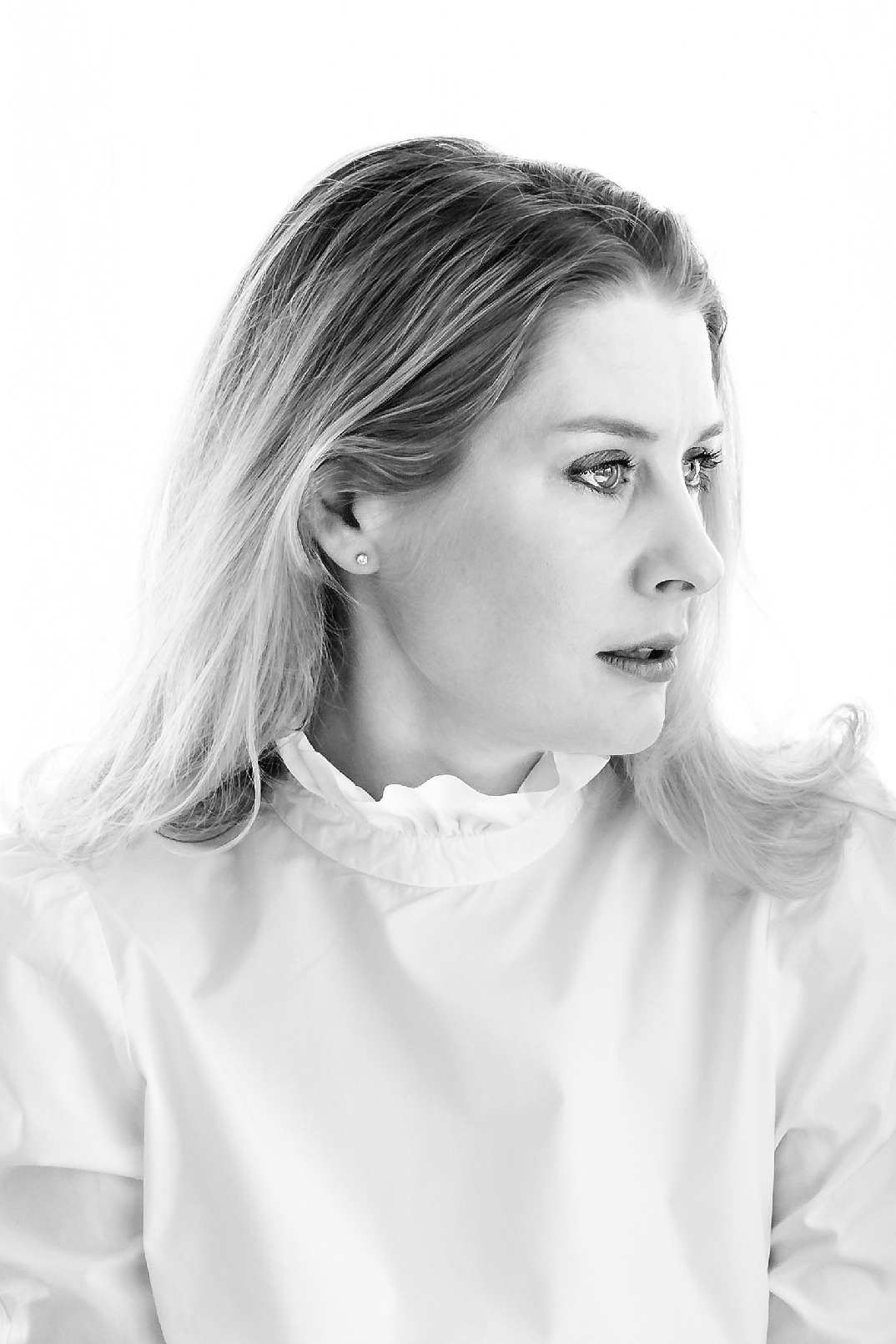 The Royal court singer Malin Byström is one of our generations most sought-after sopranos, which was illuminated as she was celebrated as the Female Singer of the Year during the International Opera Awards 2018. In possesion of all the nuances of the lyrical-dramatic voice and a glowing stage presence, Malin has with roles such as Salome, Elisabeth Valois in Don Carlos, Tosca and Die Feldmarschallin in Der Rosenkavalier, graced the great opera houses around the world.

Swedish soprano Malin Byström has this season appeared as Minnie in La fanciulla del West at the Bayerische Staatsoper and as Salome and Tosca at the Royal Opera House, as well as in a concert version of Salome in concert at the Edinburgh Festival. Malin is this spring starring in a new production of Salome at the Wiener Staatsoper. In March, Malin makes her role debut as Rusalka at the Bergen National Opera, and she will also return to the roles of Tosca (Royal Swedish Opera) and Salome (Wiener Staatsoper). The summer of 2023 will include another role debut; Marie in Wozzeck at the Festival d’Aix-en-Provence.

The previous season included the role of Tosca, both at De Nationale Opera in Amsterdam and in guest performances at Staatsoper Stuttgart. Malin also made her role debut as Minnie in La fanciulla del West at the Royal Swedish Opera. In the season of 2020/21 Byström made her critically acclaimed debut at Wiener Staatsoper as Elisabeth de Valois in Don Carlos. The season also entailed a semi-staged stellar cast production of Tosca at Deutsche Oper Berlin, a role that she repeated at the Royal Swedish Opera, documented for its digital stage Operan Play. The season included another major debut, namely at the Bolshoi, where she made great success in one of her signature roles, Salome.

Malin Byström has been a frequent guest at the Royal Opera House where she has been seen in roles like Salome, Donna Anna in Don Giovanni, Mathilde in Rossini's Guillaume Tell, Hélène in Les Vêpres Siciliennes, Elettra in Idomeneo, Marguerite in Faust, Fiordiligi in Così fan tutte and Amalia in I Masnadieri.

In 2017 Malin Byström made a praised role debut as Salome at De Nationale Opera in Amsterdam under the baton of Mo Daniele Gatti with the Royal Concertgebouw Orchestra, a role for which she was awarded the prize as the Female Singer of the year at the 2018 International Opera Awards.

Malin Byström has appeared at the Metropolitan Opera as Donna Elvira and as Donna Anna in Don Giovanni, the title role of Arabella and as Marguerite in Faust. Malin has sung Tosca at Oper Frankfurt and the role of The Countess Madeleine in Capriccio at Teatro Real in Madrid. In 2016 Malin Byström made her debut at the San Francisco Opera when she performed her first Jenůfa. Malin has appeared in several productions at the Royal Swedish Opera with roles like Die Feldmarschallin in Der Rosenkavalier, the title role in Giordano's Fedora, Desdemona in Otello, Jenůfa, Donna Elvira and Romilda in Serse.

Among Malin Byström’s many other engagements are Donna Anna in Don Giovanni at the Salzburg Festival, Donna Elvira in a filmed live broadcasted performance of Don Giovanni with the Swedish Radio Symphony Orchestra, Fiordiligi at Bayerische Staatsoper, the title role in Thaïs at the Göteborg Opera and at Palau de les Arts in Valencia (opposite Plácido Domingo as Athanaël), Contessa in Le nozze di Figaro in Aix-en-Provence as well as at Grand Théâtre de Genève, Amelia in Simon Boccanegra in Gothenburg and Elettra in Idomeneo at the Drottningholm Court Theatre.

Malin Byström’s earlier engagements have included Hélène in Les vêpres siciliennes at Grand Théâtre de Genève with Yves Abel, directed by Christof Loy, Fiordiligi with William Christie and Les Arts Florissants in Lyon, Hanna Glawary in Die lustige Witwe in Montpellier, Marguerite in Christoph Loy’s acclaimed Faust production at the Göteborg Opera and Agathe in Der Freischütz in Bregenz. She has sung Donna Anna with René Jacobs in Baden-Baden (released on DVD), in Lepzig, Göteborg and at Concertgebouw in Amsterdam, Musetta in La Bohème in Mannheim and at the Bregenz Festival, as title role in Hindemith's Sancta Susanna in Montpellier title role of Massenet’s Manon and Fiordiligi at Opera North.

On the concert platform Malin Byström has sung Mendelssohn’s Elias with Kurt Masur and the Accademia Nazionale di Santa Cecilia in Rome and Orchestre National de France in Paris, as well as Beethoven’s Symphony No 9 at Teatro alla Scala and in Bonn, and Grieg’s Peer Gynt at the Komische Oper. She has sung Mathilde in Guillaume Tell with Mo Pappano with Orchestra dell’Academia Nazionale di Santa Cecilia and at the BBC Proms in London, concerts which have been released on CD (EMI), She has sung Beethoven’s Missa Solemnis with the Swedish Radio Symphony Orchestra and Herbert Blomstedt, Strauss’ songs with the Royal Stockholm Philharmonic Orchestra and Lawrence Renes and Mozart’s C Minor Mass with the Swedish Chamber Orchestra and Nikolaj Znajder. Her appearances under the baton of Eivind Gullberg Jensen have included Kullervo (Orchestre National de France) Mahler’s Symphony no 4 (Orchestre Philharmonique de Montpellier) and Vier Letzte Lieder (Orchestre National Bordeaux Aquitaine). She has also sung Vier Letzte Lieder in Stockholm with Ralf Weikert.

Malin Byström studied at the University College of Opera in Stockholm. In 2016 she was awarded the medal Litteris et Artibus and in 2018 she was appointed Court Singer by H.M. the Swedish King. At the 2018 International Opera Awards Malin Byström received the prize as the Female Singer of the year. 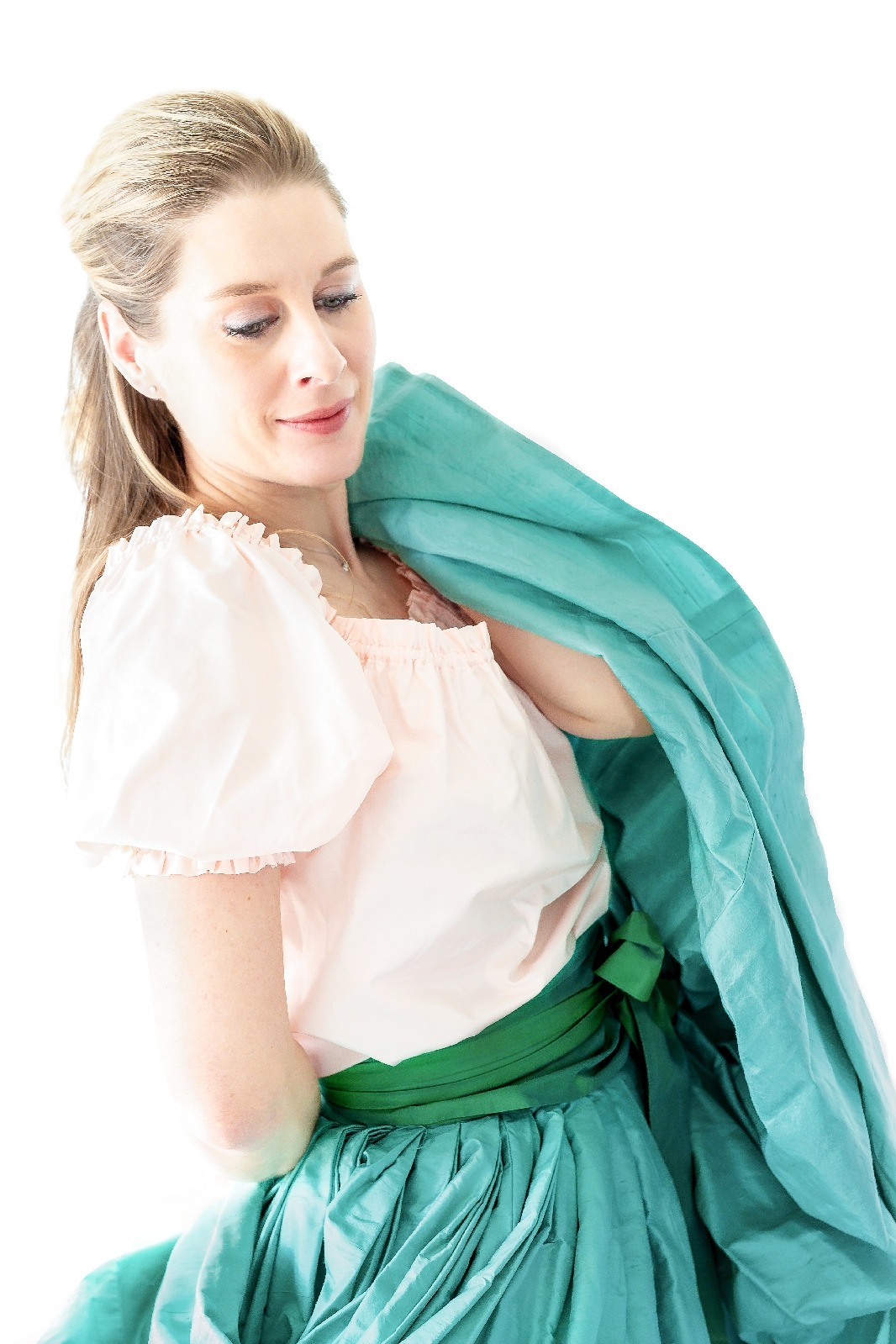 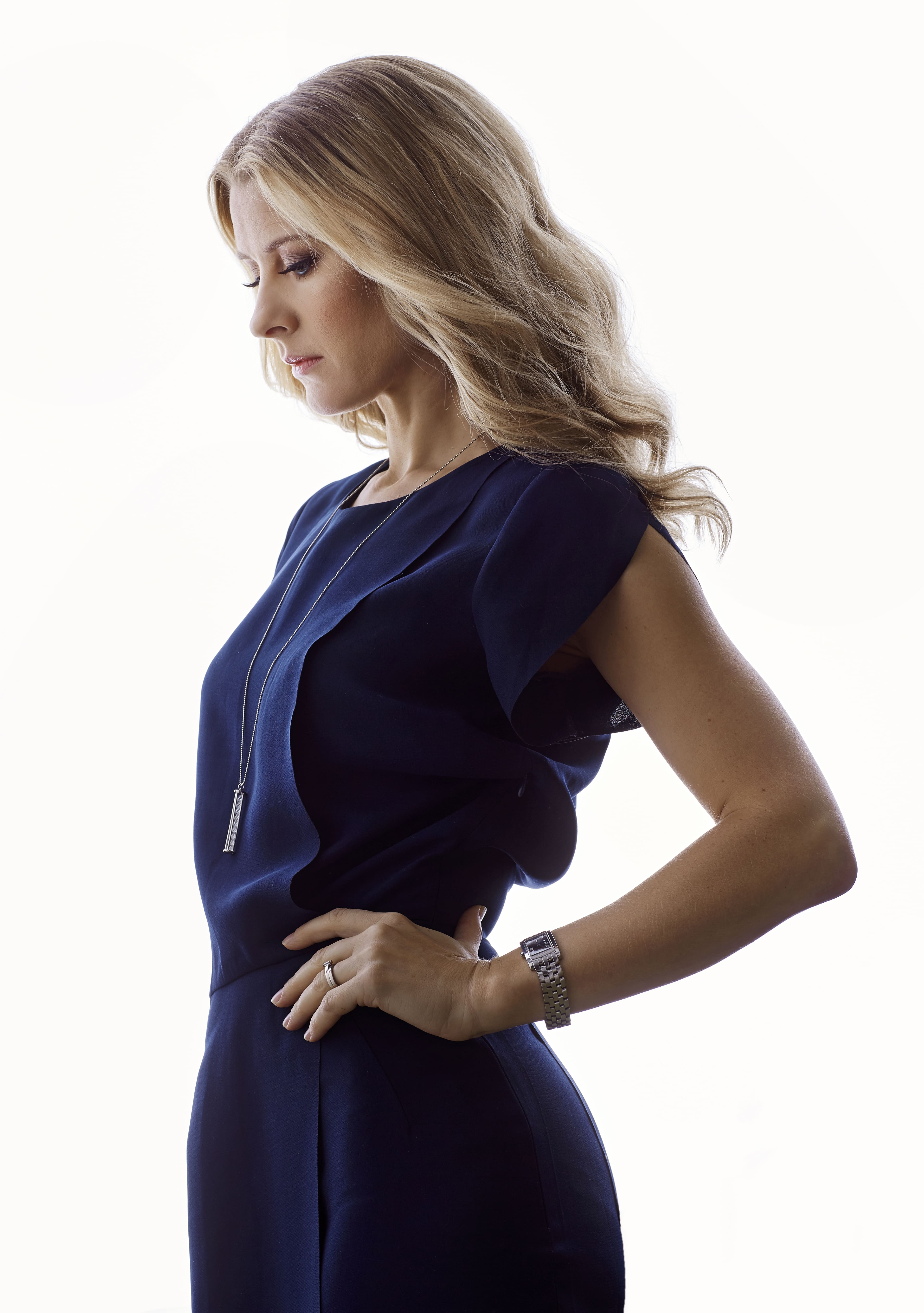 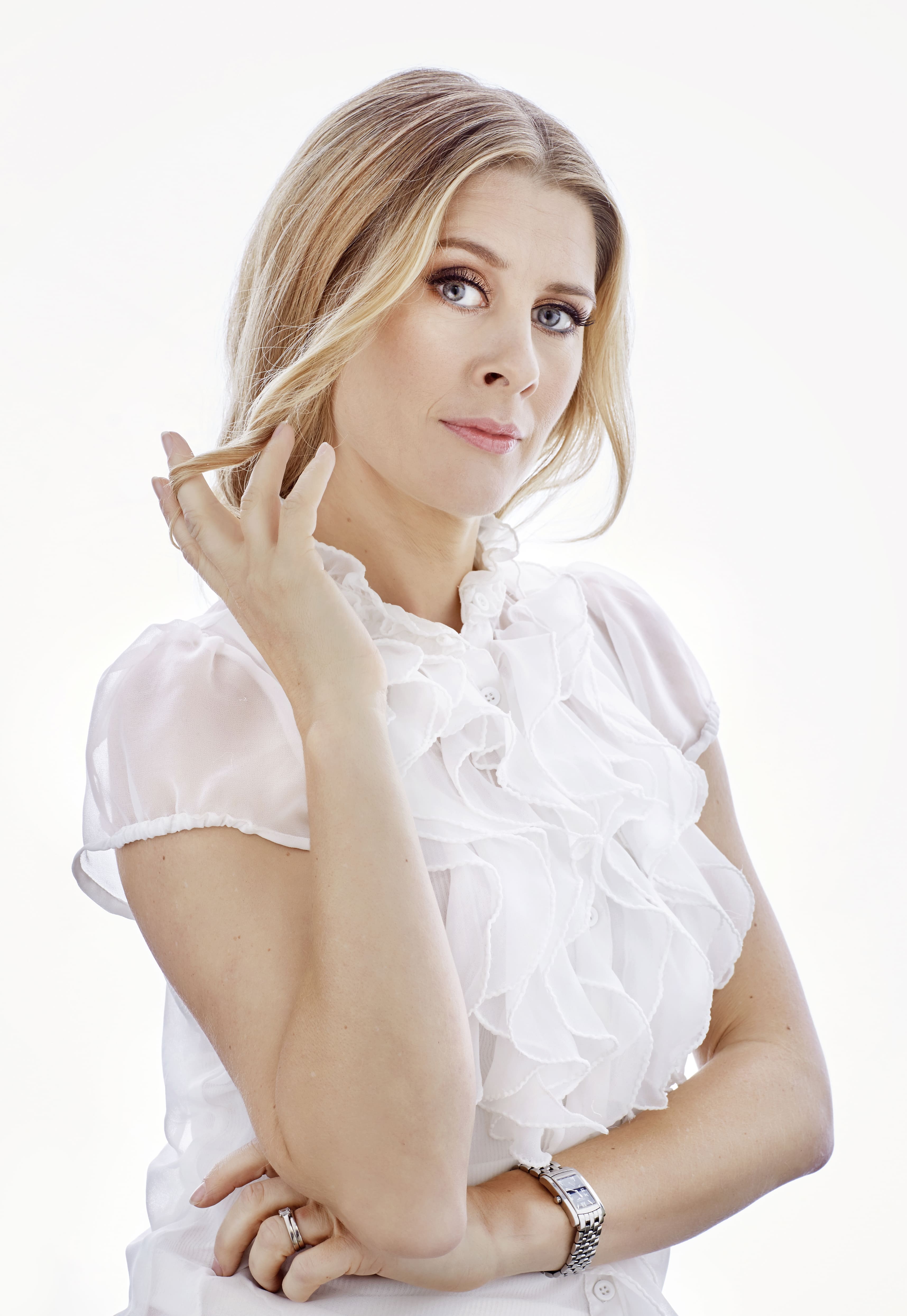 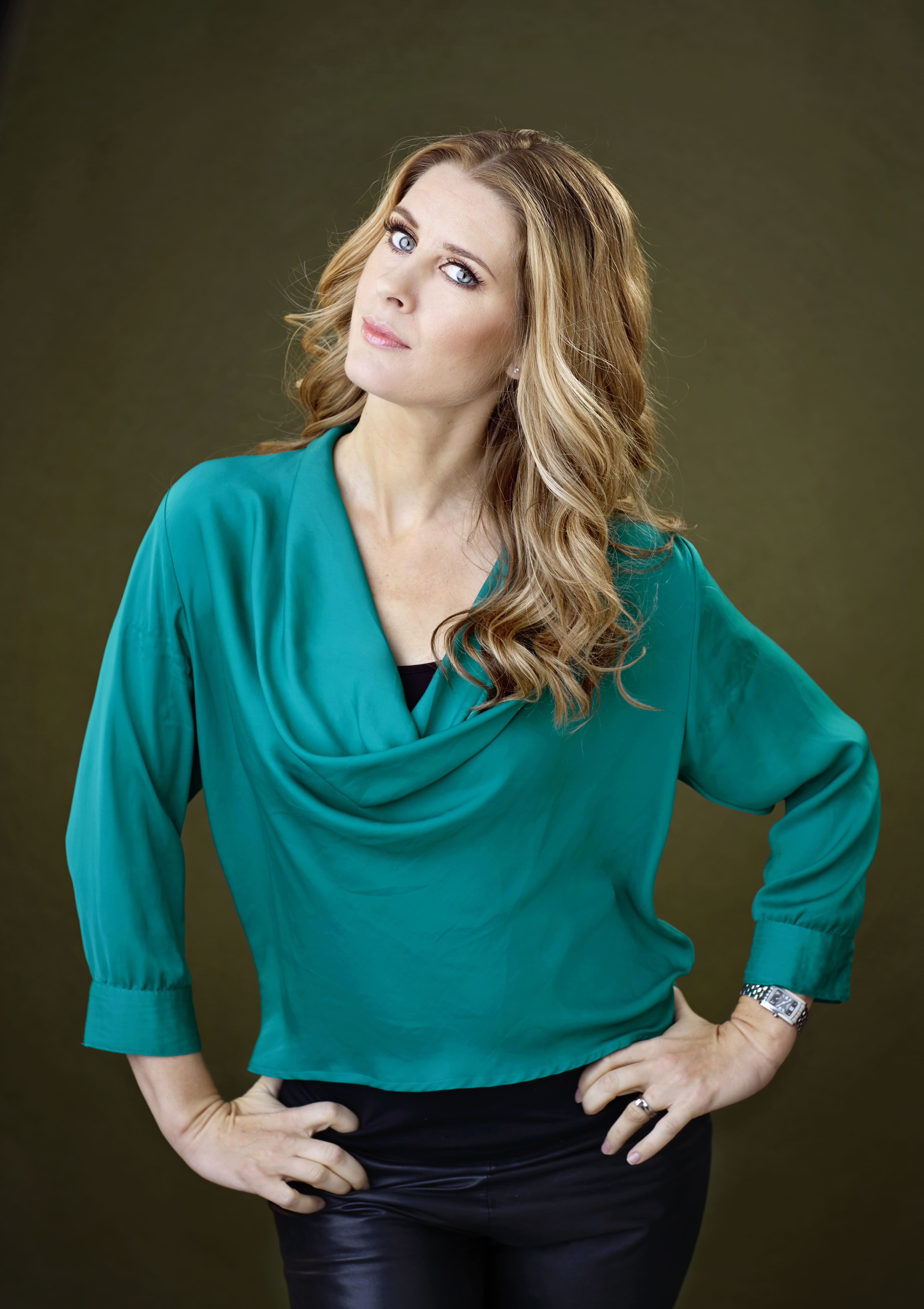 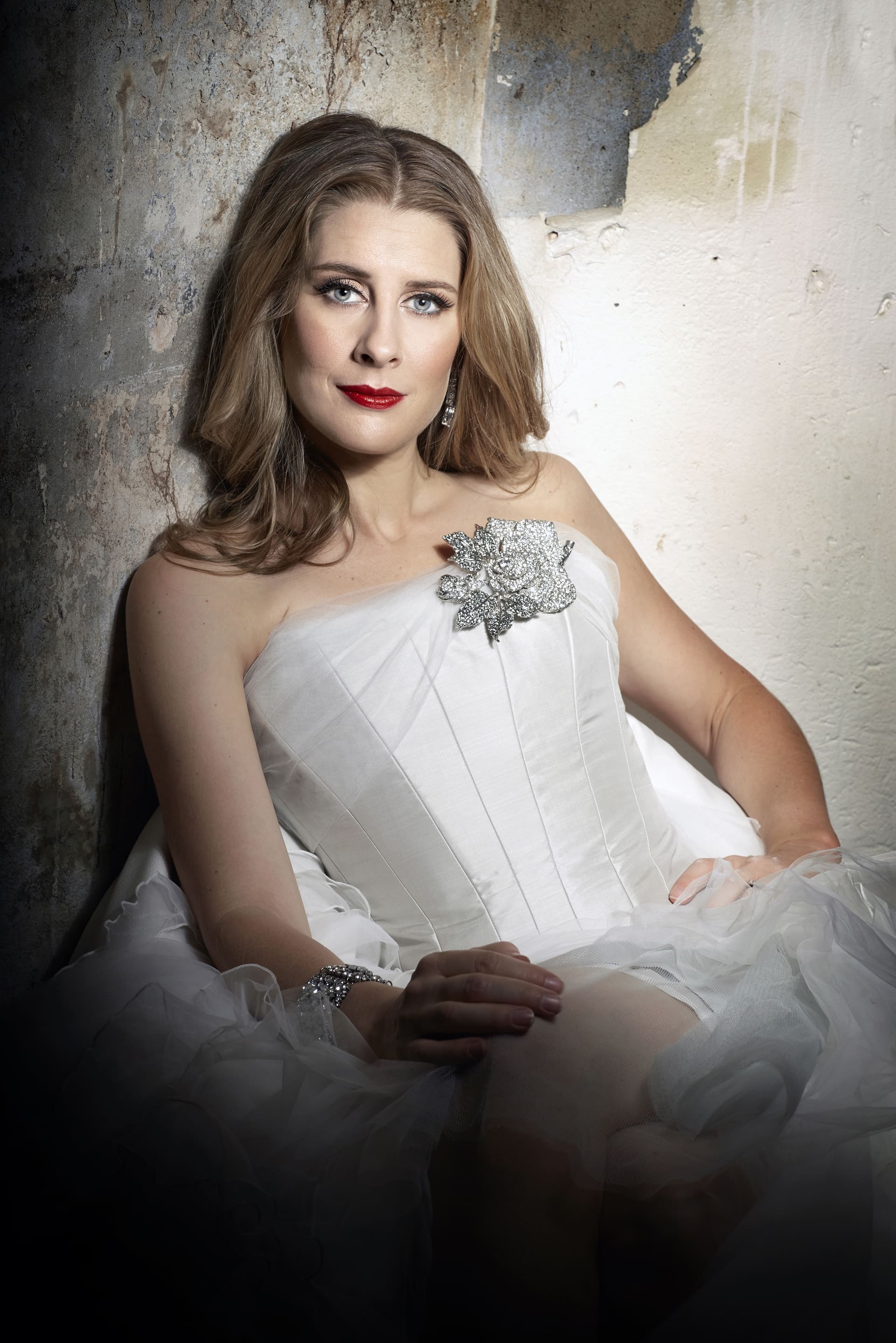 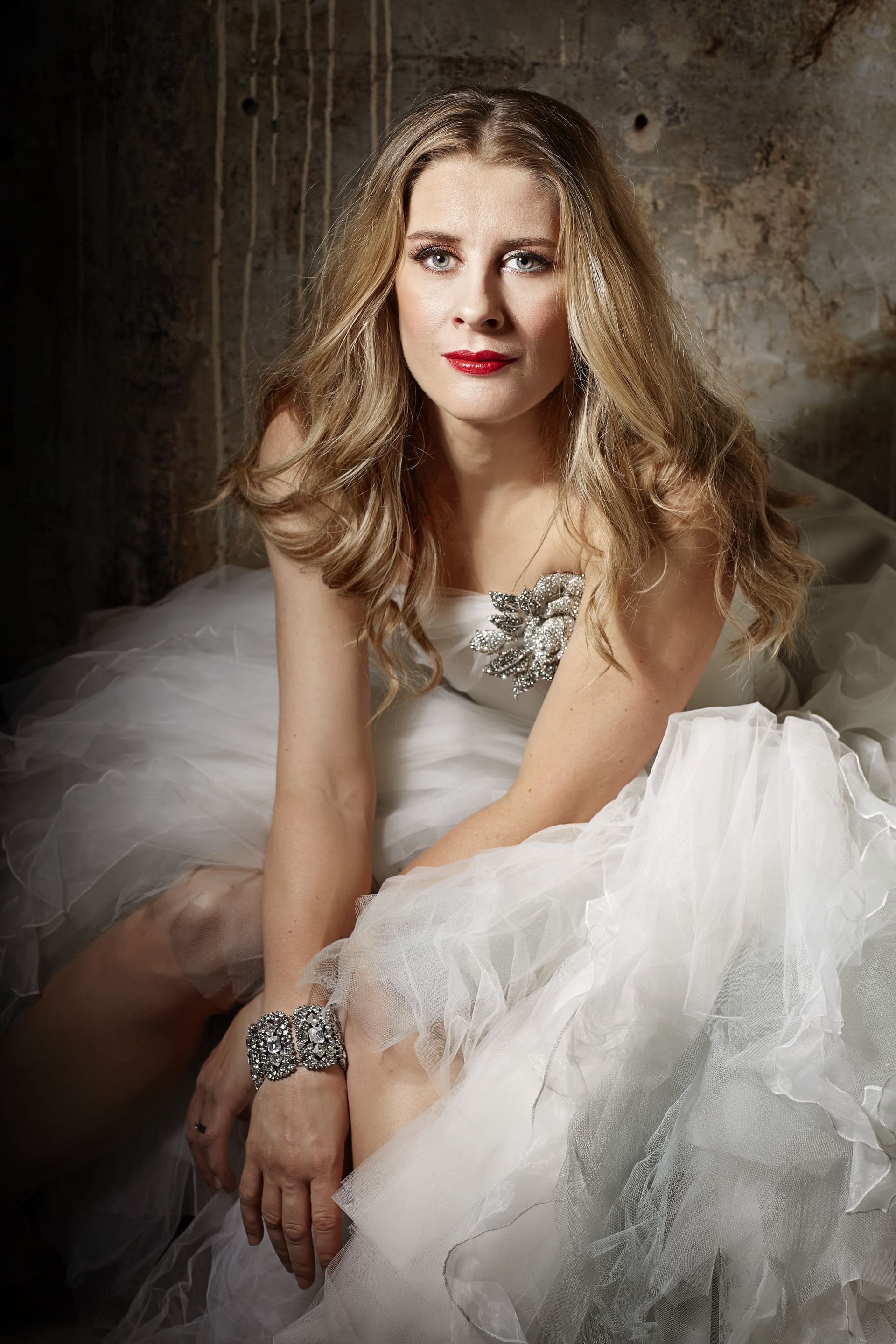 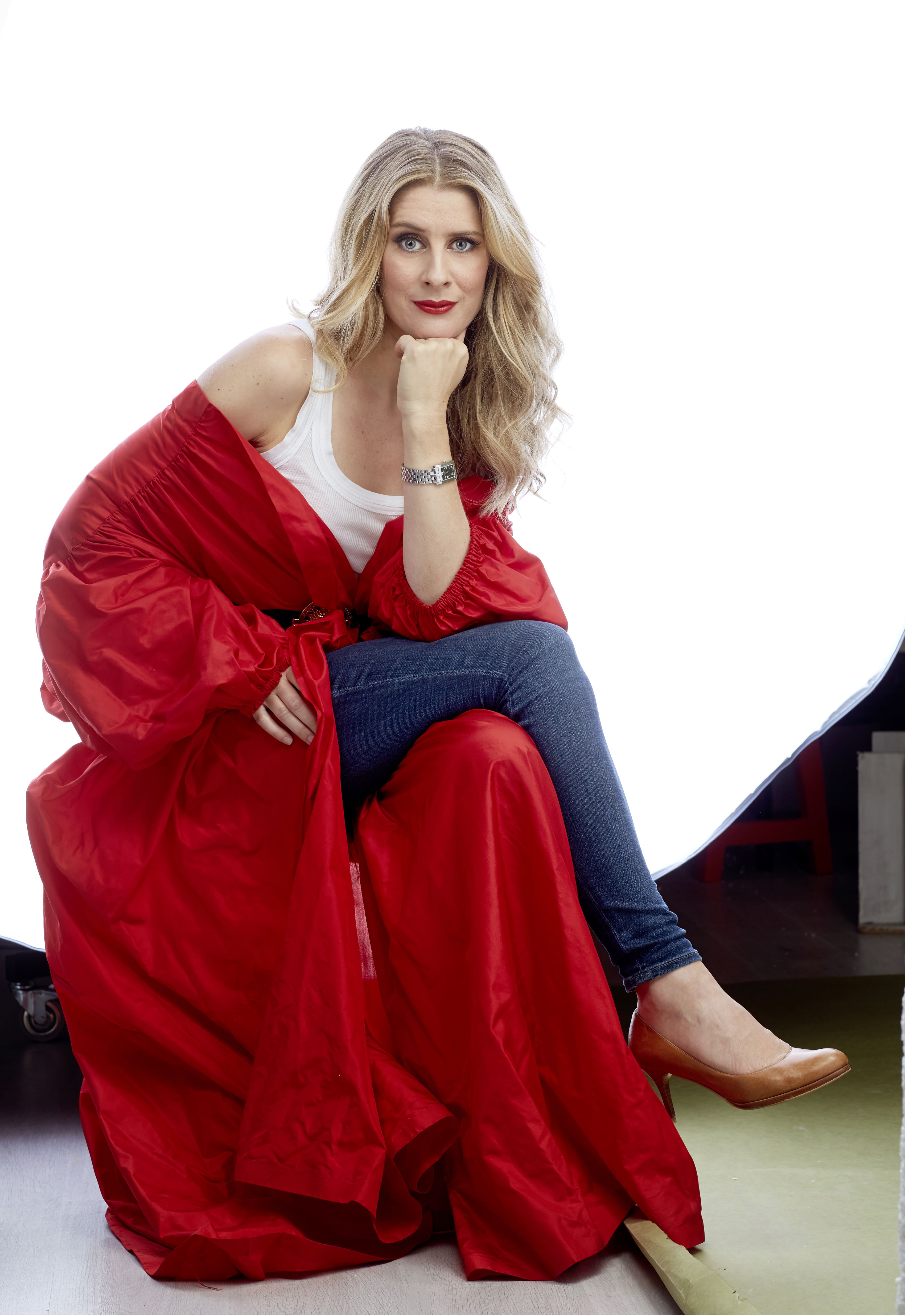 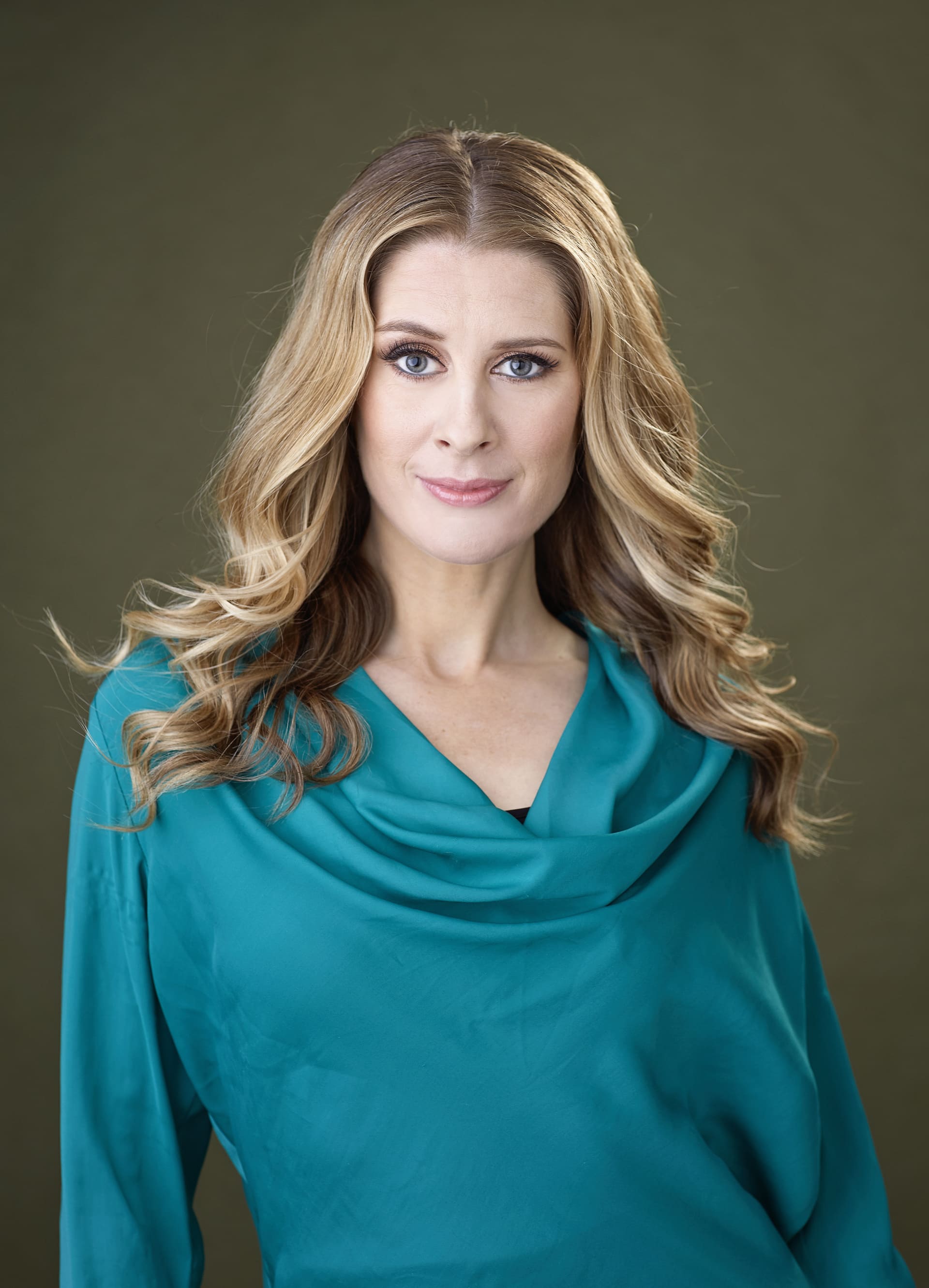 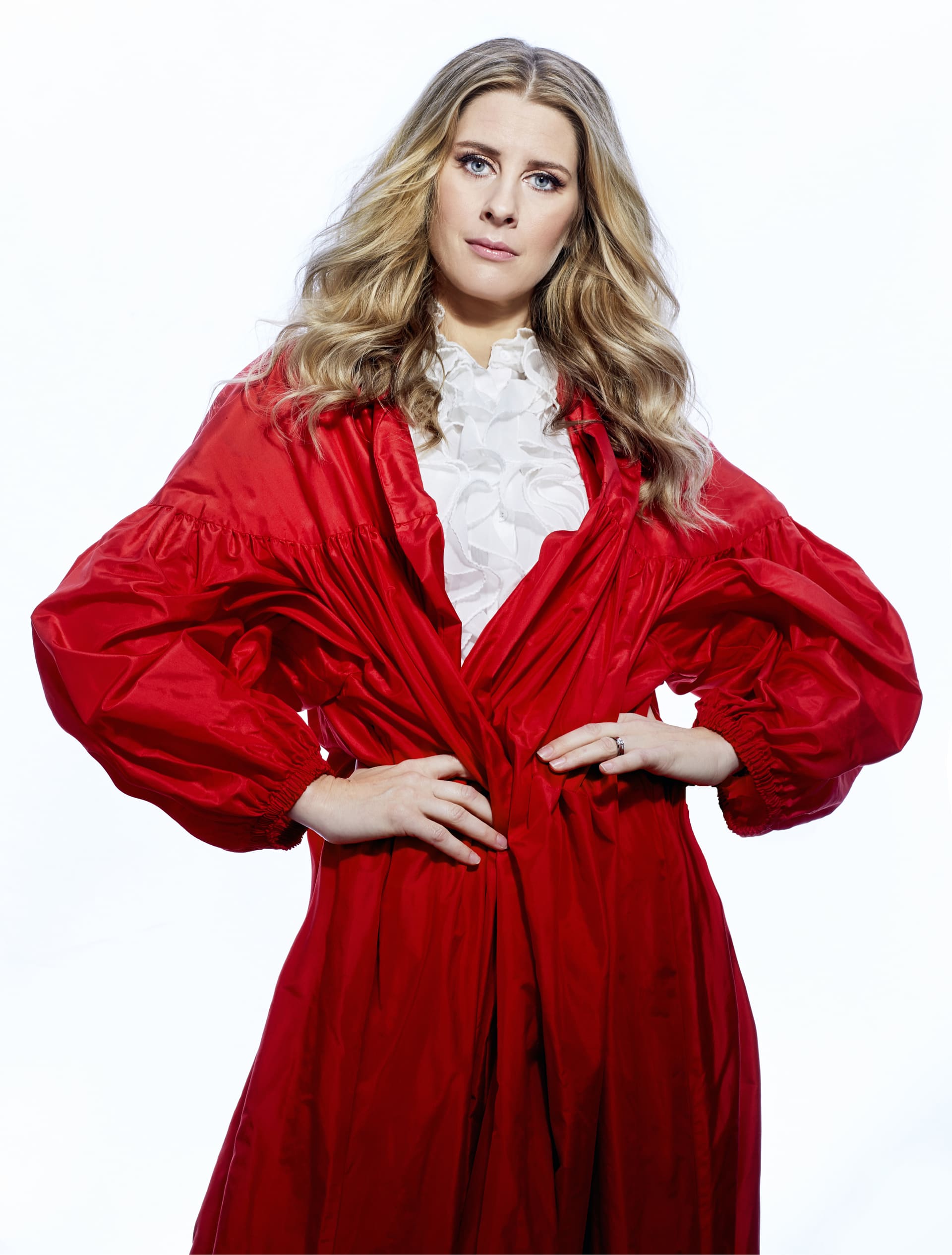 "But the evening belonged to Malin Byström, a fine Salome here in 2018, and now probably unsurpassed in the role, vocally and histrionically. “A sixteen year old with the voice of Isolde,” was Strauss’s description of the requirements, and this was as thrilling an account of the role as the house has heard in a while, to judge by the sustained roar Byström received at her solo curtain call. Her acting was convincing too, not least in her petulant, increasingly insistent “Gib mir den Kopf des Jochanaan”. When rejoicing in kissing the prophet’s decapitated head, wondering insanely if she has thus tasted love, she sang magnificently." Salome/Royal Opera House 2022

"Byström’s colossal performance as the insatiable anti-heroine was haunting, her rich warm soprano embracing her character but with a girlish litheness. Hers was the only singer with a costume, initially a white skirt and bodice, playfully knocking back Narraboth’s ardent suggestions and his warnings as she becomes infatuated with Jochanaan. The prophet’s rejection of Salome and, more violently, her mother led to Byström becoming the petulant princess, her elfin presence giving a false gloss to a truly chilling character. It is a huge role and Byström paced it perfectly in a breathtaking performance, drawing on every nuance and playing off her disjointed family to maximum destructive effect." Salome/Edinburgh Festival 2022

”Malin Byström returned to Stockholm as the Feldmarschallin, confirming her status as one of the greatest operatic singers today. Her natural elegance was perfectly suited to the confident aristocrat; the rich colour palette of her voice managed to convey all the different emotions and moods of the complex character.” Der Rosenkavalier/Royal Swedish Opera

“It Is unbelievable that the Swedish soprano Malin Byström was performing the role of the Countess for the very first time.

Not only she was perfect vocally and in style, but her incarnation of the widow was fresh, moving, and sophisticated. She has a dark sonorous voice with a velvety quality. Her German diction is perfect, and her interpretation of her final scene was brilliant. She can be heard perfectly over the orchestra when the sound is densest, but at the same time, she can color her voice to reflect her doubts or sweetness.” – Capriccio/Teatro Real Madrid 2019

“…when it came to the big, dramatic phrases at the top end, she had all the ability you might wish for to soar above the orchestra, all with a tone as smooth and clean as the sheer white satin of her costume. The intelligibility of her German was exceptional – perhaps the clearest I've ever heard. Byström looked every inch the part of the teenage princess, pencil thin and fresh-faced. And her portrayal was chilling, perfectly timed in its progression from sulky but relatively harmless teenage rebel moving through to the steadily increasing danger of her obsession with Jochanaan and culminating in her glorying in the realisation of the sexual power she has over Herod. It was the cleanness of the voice and the perfect diction that made the steady repetition of 'Gib mir den Kopf des Jochanaan' into such a chilling refrain. Rarely can such beauty of voice have been combined with a snarl of such viciousness” - Salome/Covent Garden 2018 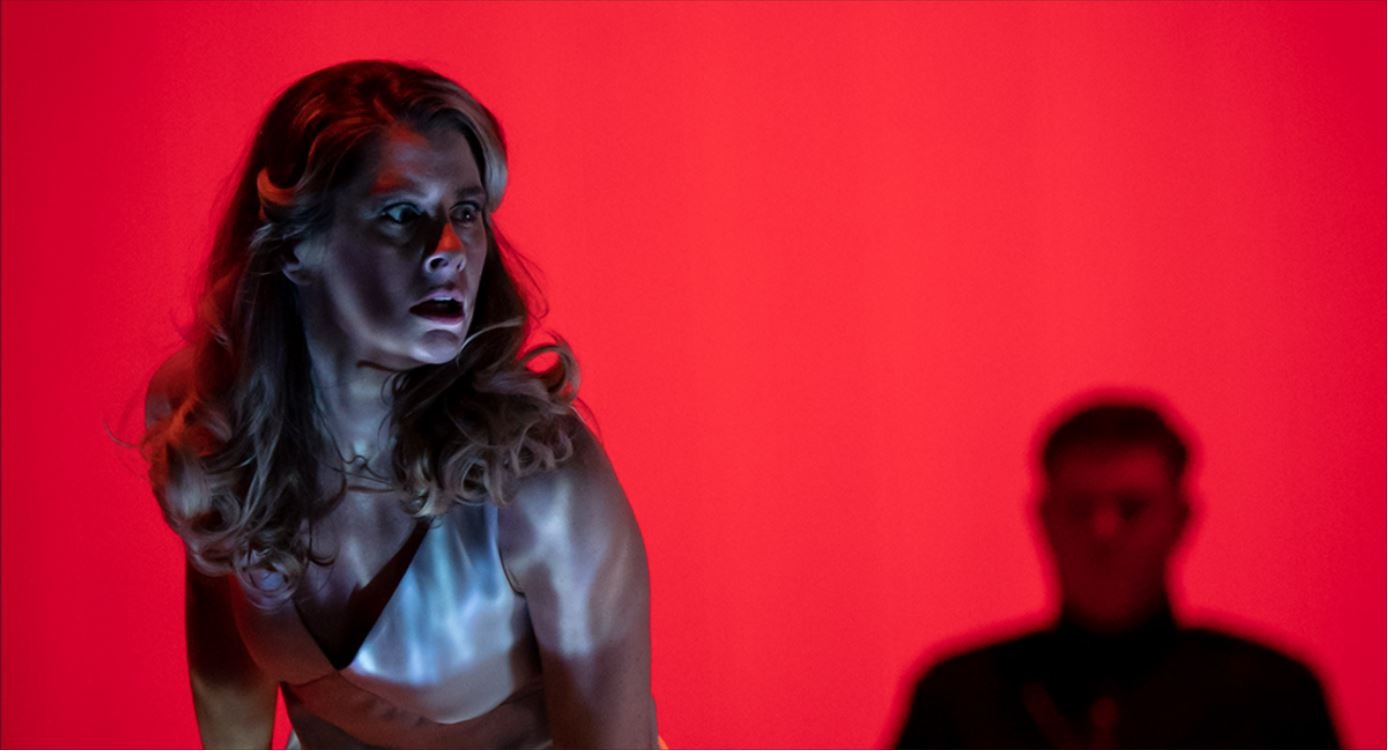 A new Salome in Vienna with Malin Byström in the title role! 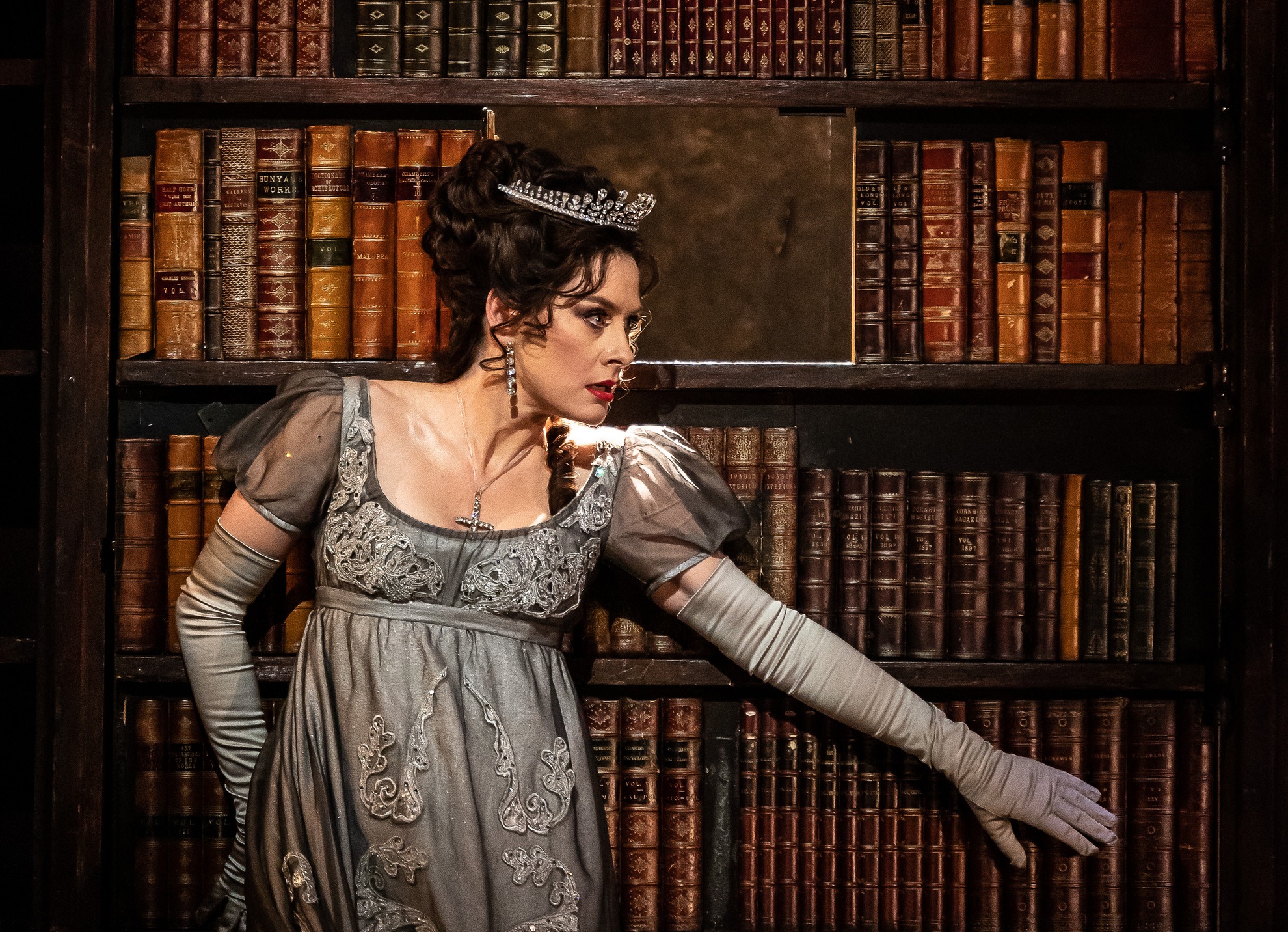 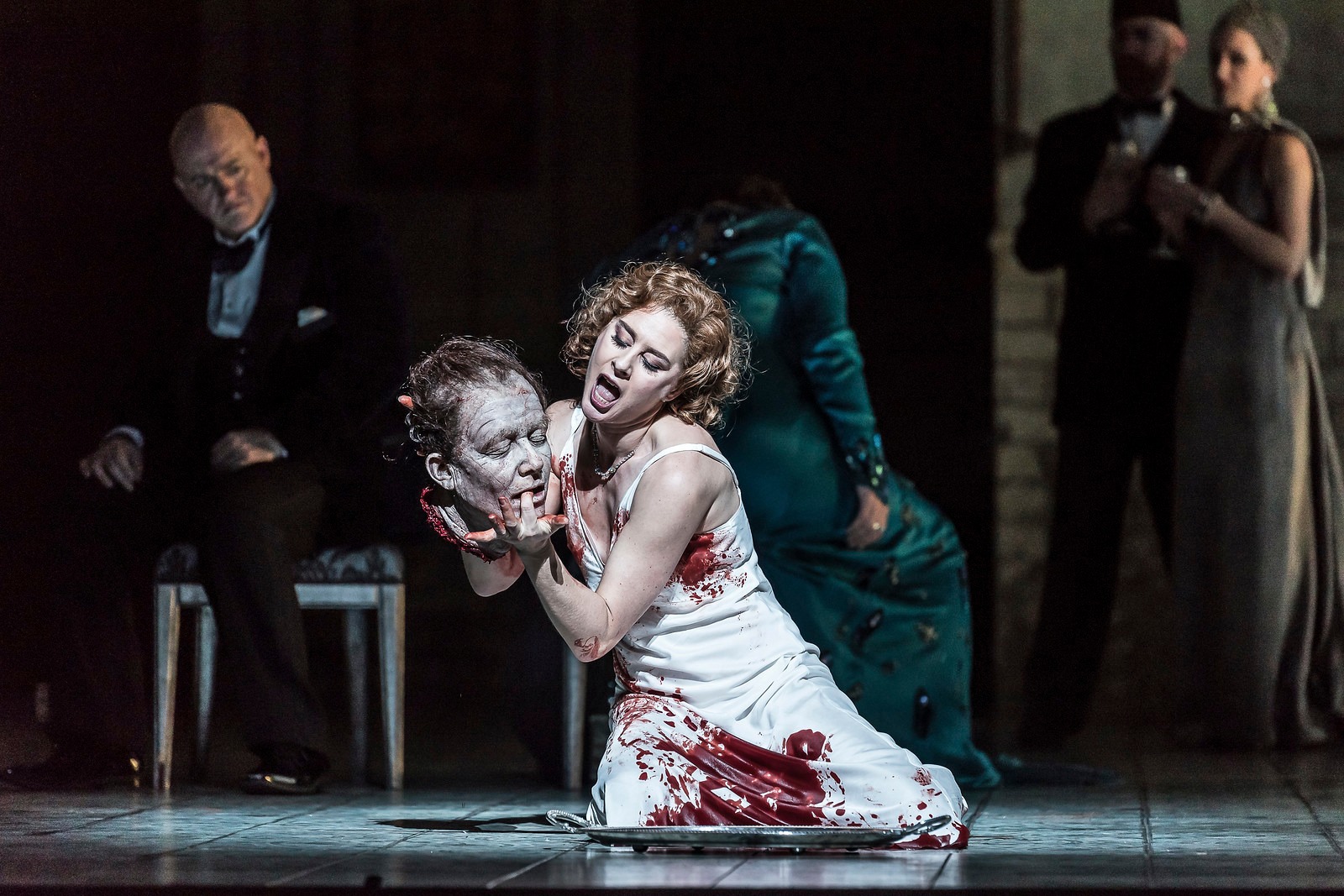 Malin Byström in the title role in Salome in London 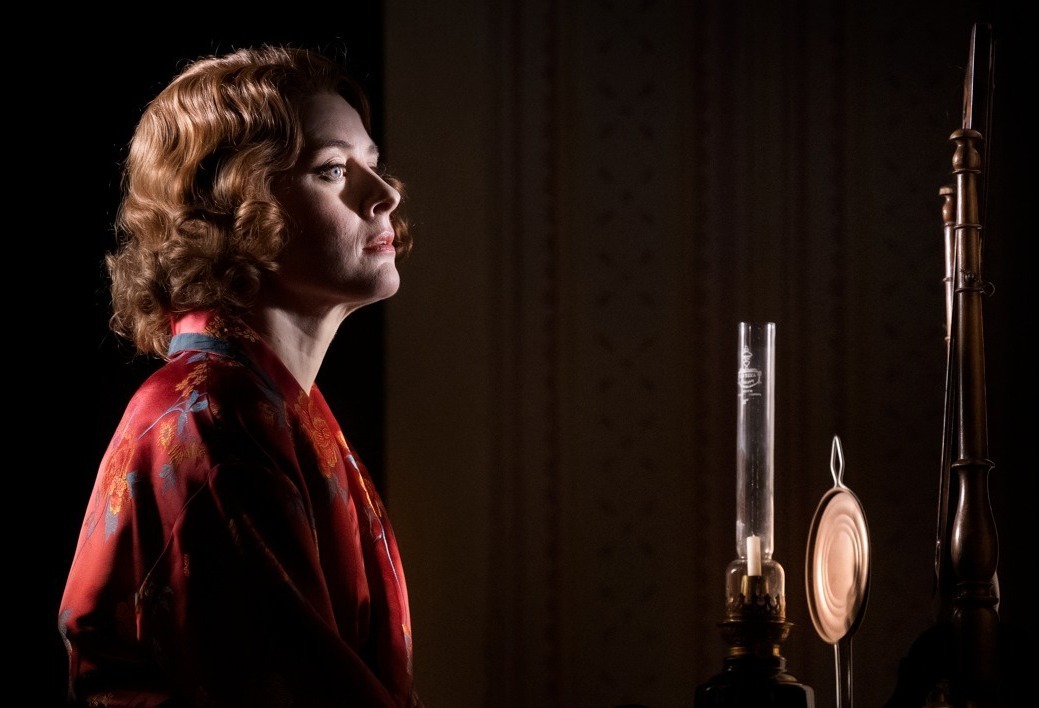 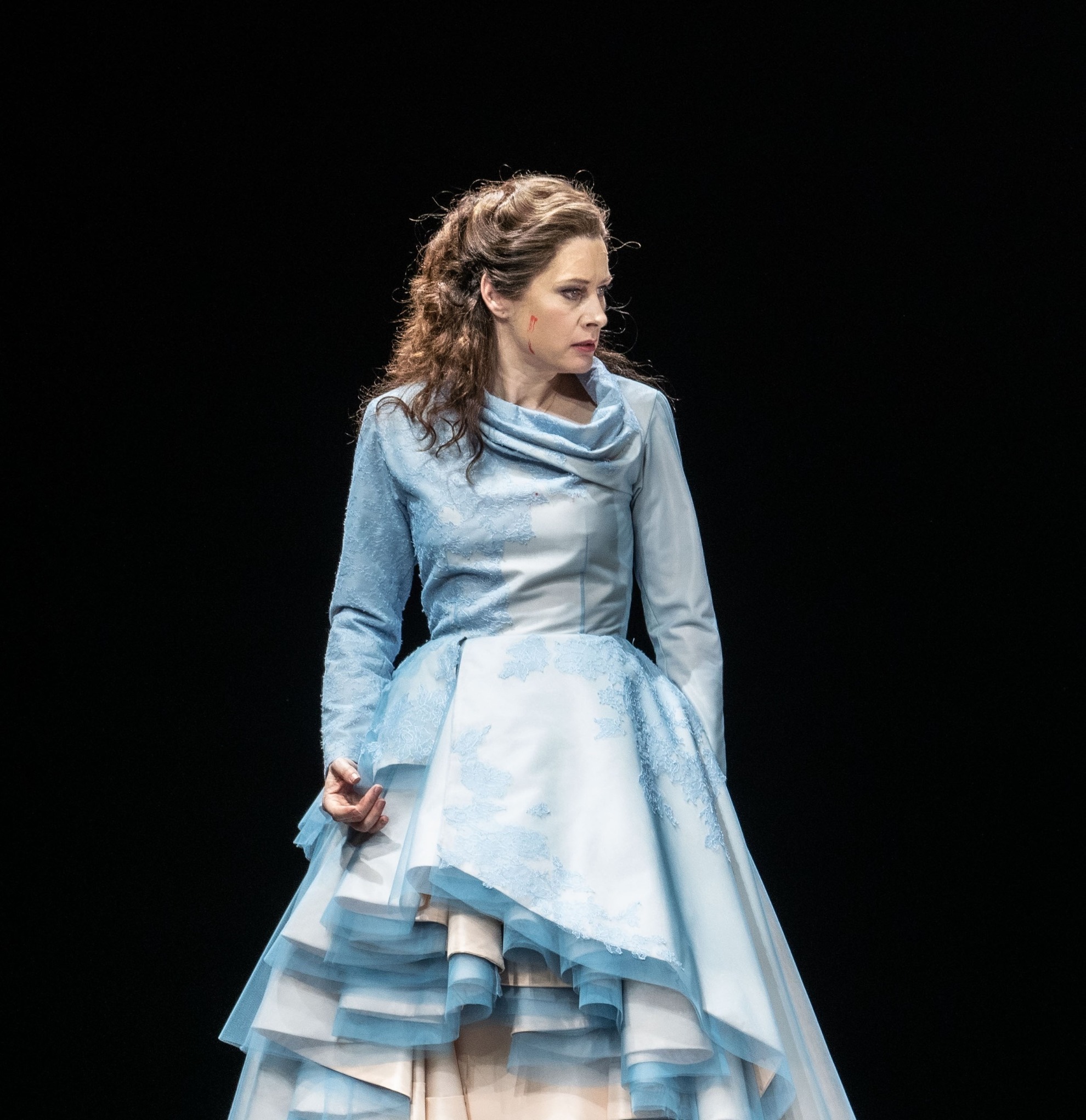 Malin Byström in the title role in Tosca in Amsterdam

Malin Byström as Tosca at at De Nationale Opera in Amsterdam 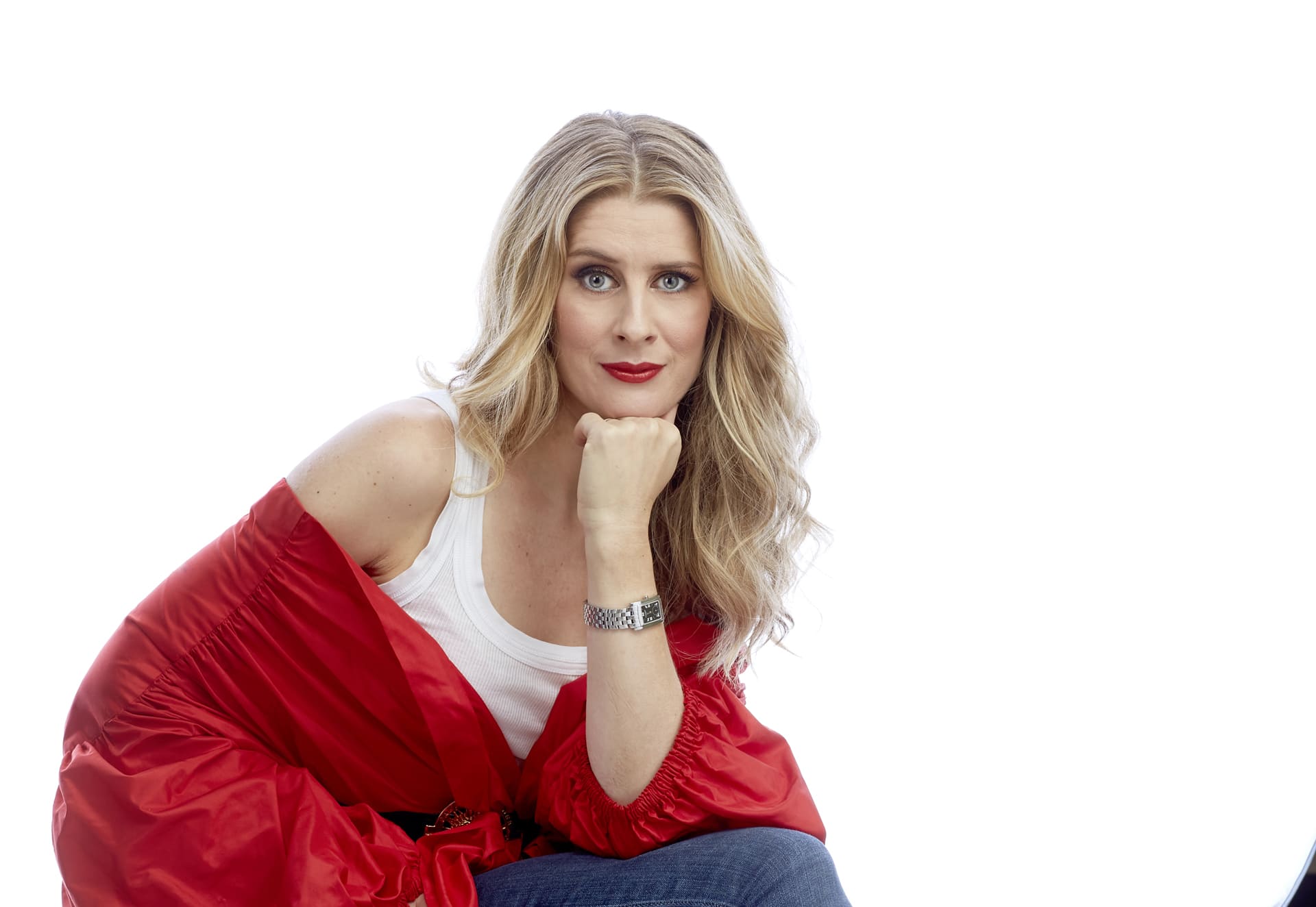 Malin Byström as Tosca in Stuttgart 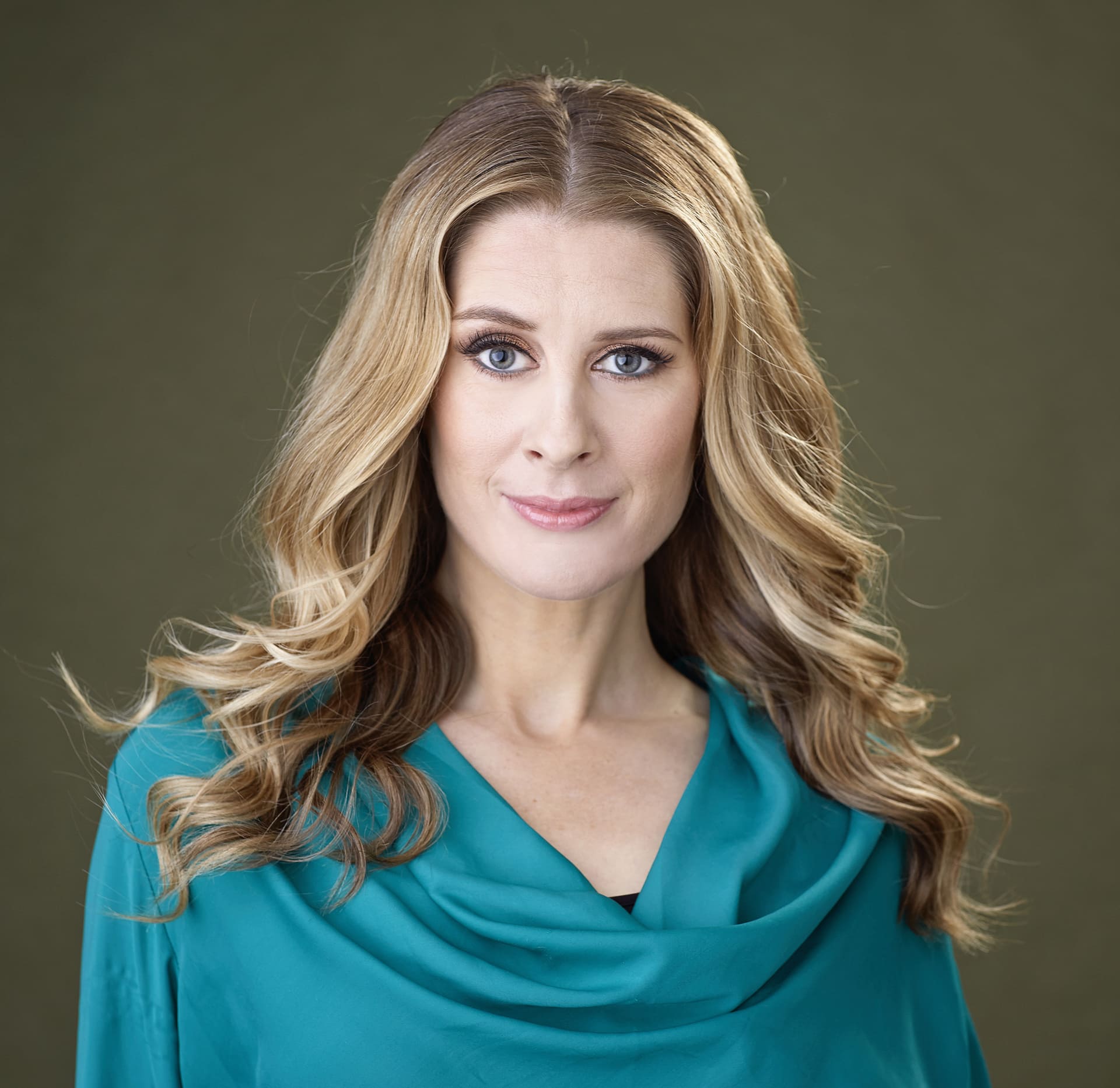 Malin Byström on tour with the Bergen Philharmonic Orchestra 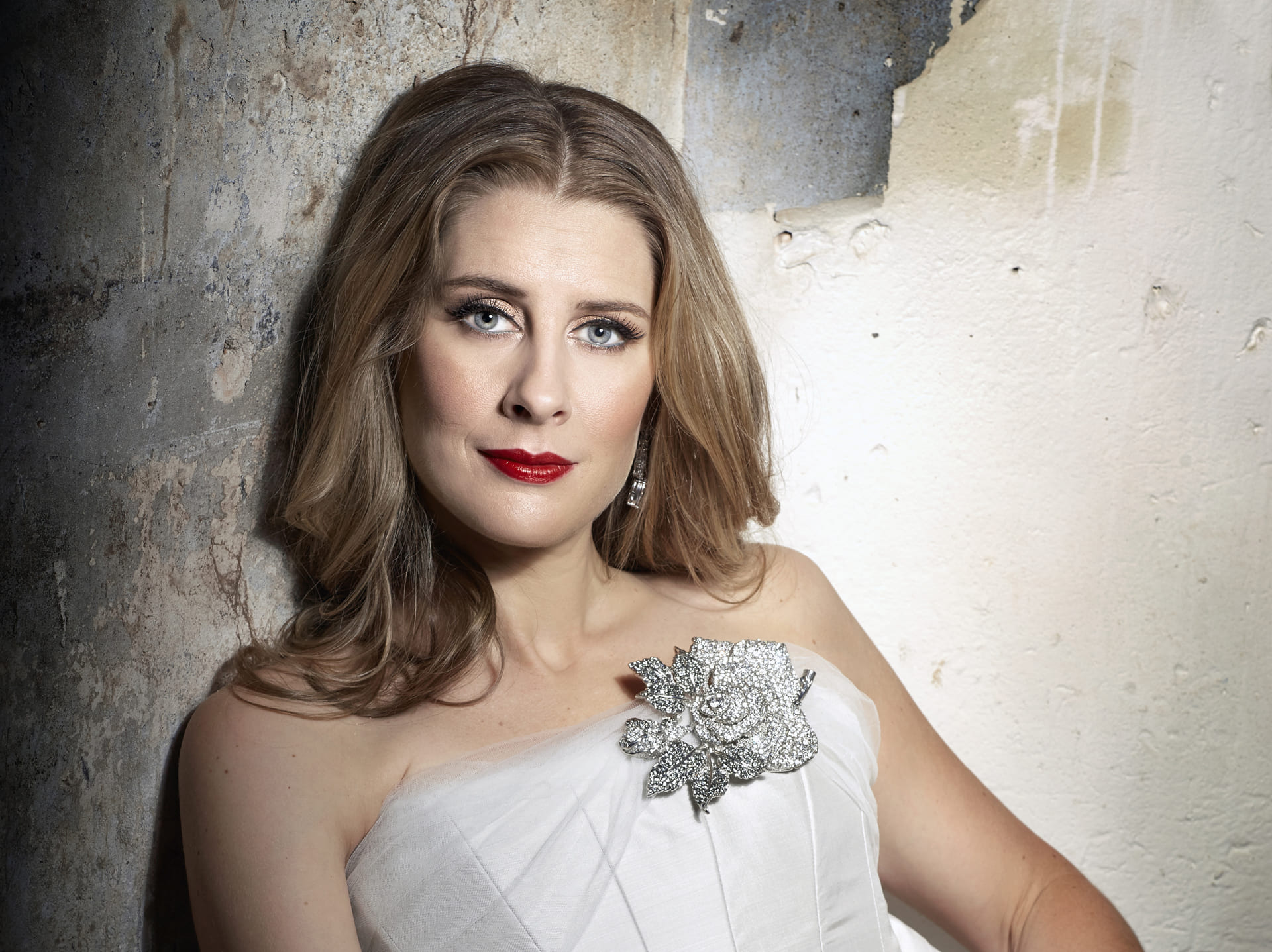 Malin Byström makes her debut at the Bolshoi Theatre with Salome